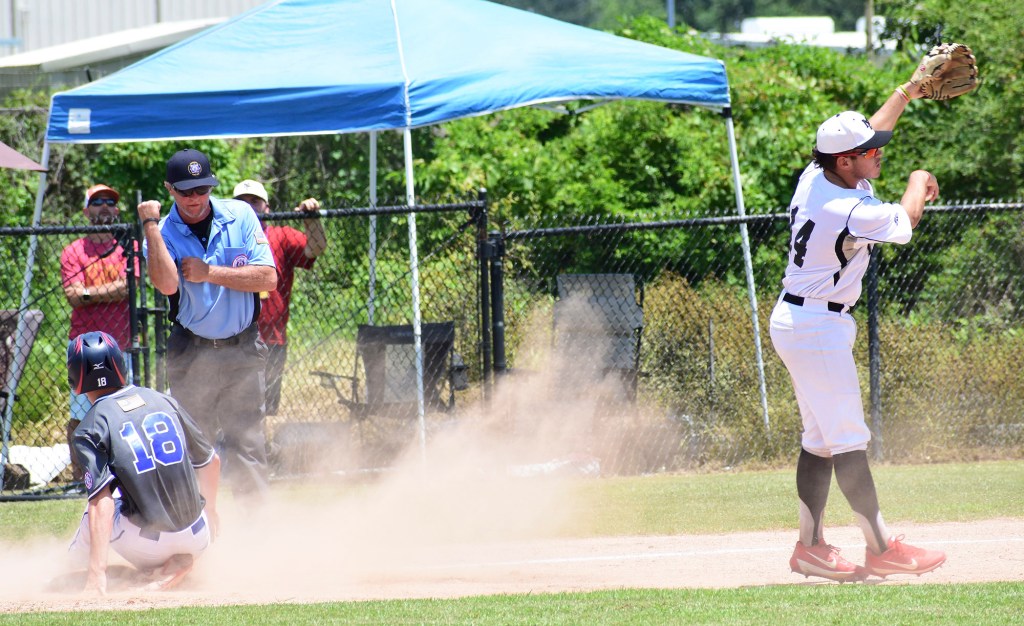 Justin Smith of Mid-County reacts after tagging out Brenan Penalber of Ascension Parish, Louisiana, at third base in the third inning of the Babe Ruth Southwest Regional opening-round game Friday in Nederland. (I.C. Murrell/The News) 7-12-19

NEDERLAND — Mid-County scored twice as many runs as Ascension Parish, Louisiana, committed errors in the opening game of the Babe Ruth 16- to 18-year-old Southwest Regional.

The host team tallied eight hits and limited Ascension Parish to two hits in a four-inning, 14-0 win in the swelter of a Friday afternoon at Nederland High School’s Metreyeon-Delahoussaye Field. That moved Mid-County into the Friday evening contest against Petal, Mississippi.

“We swung the bat well, and we were really aggressive,” Mid-County coach Ben Rogers said. “It was nice to get aluminum bats.” 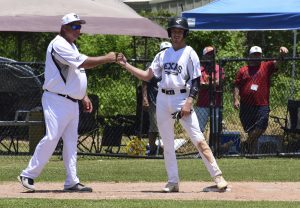 Ascension Parish will take on the loser of Northwest Arkansas vs. Del Rio at 1 p.m. Saturday.

Peyton Miller struck out five and allowed one hit in three innings of a successful start. Kamden Grant threw two strikeouts and allowed no hits in the fourth inning, and Kadin Croak came on to hold Ascension to one hit and toss a strikeout in the fifth.

“All three of them pounded the strike zone,” Rogers said. “I can’t complain about nothing in that game.” 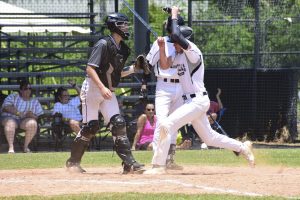 Rene Cunningham and Omar Mascorro each scored three runs in the win. Cunningham rounded the bases on the same play in the first inning with the help of two passed balls after reaching on a fielder’s choice. That set the tone for a five-run first and four-run second.

“When the pitchers aren’t throwing strikes, we take our free bags,” Smith said. “But when they find the zone, we pound it because we know it’s coming.”