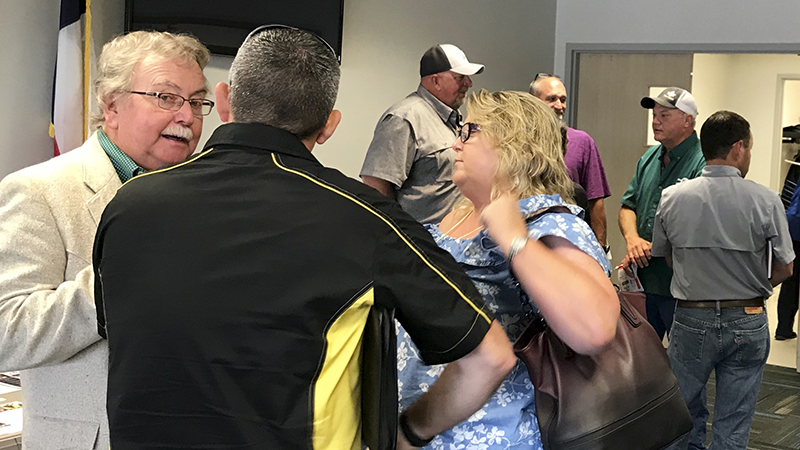 This region expects some $200 billion in investment within a 60-mile radius, Travis Woods, general manager of T&L Solutions said Wednesday, and local contractors want their share of the prospective business.

The “hot spots,” he said, are mostly in energy or energy-related businesses.

“This is just some of the $200 billion (in investments) between here and Lake Charles and Cameron Parish,” Woods said following the hourlong contractors meeting. The Port Arthur contractors group has signed contracts valued at about $140 million.

Golden Pass, he said, “is hauling dirt right now. ExxonMobil is moving dirt. Total peaks for labor needs next year. We’ve talked with the project manager at Valero and they are on track.”

He said Port Arthur LNG is “on track,” too, for its multi-billion-dollar project, although it is still working its way down the required checklist before it can decide to build.

In addition to those major producers, he said, there is $24 billion in pipeline construction planned or underway to go to or through Southeast Texas.

“Those LNG projects need pipelines to get natural gas,” he said. “That’s their feedstock.”