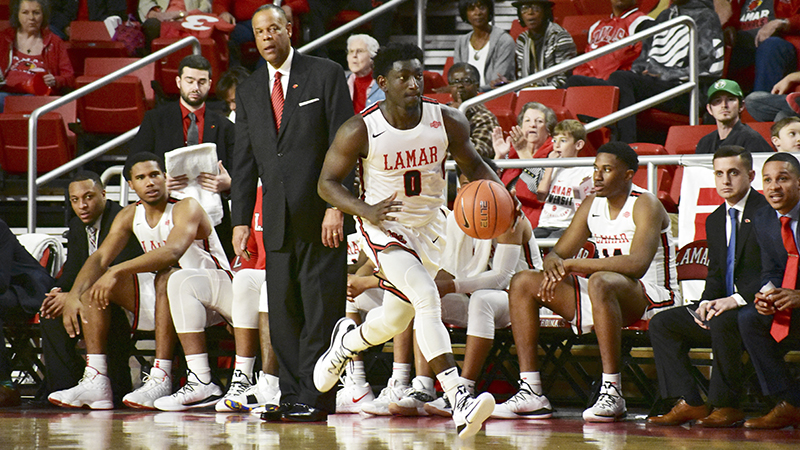 BEAUMONT — Lamar has announced the signing of four men’s basketball players for next season, one day after a second player announced he was leaving the program.

“One of the biggest needs coming into this recruiting season was finding guys who could really shoot the ball and we’ve been able to do that with our perimeter guys,” Price said. “In the post, we wanted to add some length and some guys who could bang down low, and we achieved that, too.

“We’ve added some real high-character guys as well as [those] who take care of business in the classroom.”

Harris played at Tulane from 2015-17 and transferred to Kent State, utilizing a redshirt the next season. He played in eight games with the Golden Flashes in 2018-19, scoring as many as 10 points against Savannah State.

Cameron played the past two seasons at Wabash Valley College in Illinois and shed almost 70 pounds from his football playing days to focus solely on basketball. Cameron averaged 11 points and 11 rebounds per game in each of his last two high school seasons.

Muoka also registered double-double averages (10.9 points, 11.8 rebounds) while at the Athlete Institute Basketball Academy in Ontario, which has produced four Division I signees this offseason. A proven shot blocker (3.1 blocks per game), he was considered for the Ontario Scholastic Basketball Association Defensive Player of the Year award.

Junior guard Jordan Hunter, a Beaumont native who transferred from New Mexico and sat out the 2017-18 season, announced Tuesday he left the program.

“Things just didn’t work out for me coming back home but I want to thanks my friends and family for supporting,” Hunter said in a Twitter statement. “… I’m not done yet though. My next move will be my best move and I have faith that everything is a part of the process. I am looking forward to earning my degree and focusing on basketball after that.”

Forward Christian Barrett, who had just transferred from Jacksonville College, announced July 2 he was ending his basketball career, citing a second concussion within a year.