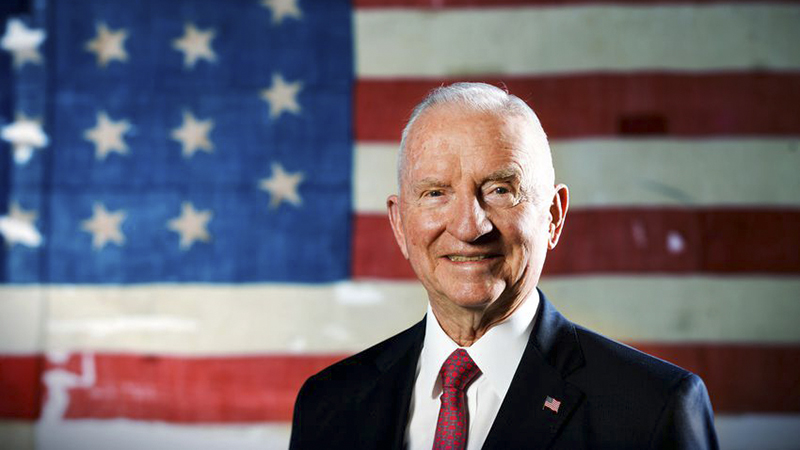 Perot died Tuesday at the age of 89.

A quirky, patriotic billionaire with a penchant for tough missions, Perot answered the call of Gov. Mark White in 1984 to head a “blue-ribbon panel” and develop a package of education reforms to the Texas Legislature. Parker, then a state senator and chairman of the Senate Education Committee, served on the panel, which wrote the Education Reform Act, including the “no-pass, no-play” provisions that set Texas prep football on its ear.

That provision said students could not participate in school activities if they failed academic subjects, which created an uproar in the mid-1980s.

Parker, who left the State Senate in 1995, recalled Tuesday that White, who promised teacher pay raises, had to “extract himself” from polling problems. Parker said the governor needed someone who would “garner attention” on the education panel and few did that better in Texas than Perot, a Texarkana native who graduated from the Naval Academy and made his fortune in the infancy of the computer industry.

Parker said Perot was an excellent colleague, easy to reach on the phone and open to discussing ideas generated by the committee, even when they conflicted with his own. In addition to the no-pass, no-play provision, the package of bills included teacher competency tests and mandated student tests.

Parker said he disagreed with some of the package, including whether state education board members should be appointed or elected, “but neither of us ever took it personally.”

In fact, he said, Perot made two flights to Beaumont to talk matters over with Parker and used to leave facetious messages when the state senator wasn’t in.

“He’d tell my secretary, ‘Tell him his fourth-cousin Ross called and needs a loan,’” Parker recollected.

But Parker said Perot was “hands on” and “hard to keep up with.” The panel studied public education systems in other states and internationally before completing its work and presenting its package. Perot, he said, put a lot of his own money into the reform effort.

“He hired staff to work on this and his No. 1 lawyer lobbied for it in the legislature,” Parker said. “He was a very intensive guy and well motivated.”

Parker said he once asked Perot about his experience at General Motors, after Perot sold his company to the automaker and attempted to reform from within what he believed was a bloated GM structure and culture. Why did he leave GM, Parker asked.

He said Perot offered this example of how his own company, Electronic Data Systems, differed from GM: If someone from EDS saw a snake, Perot said, they’d kill it. If someone from GM saw a snake, they’d call someone who would appoint a three-person committee to investigate.