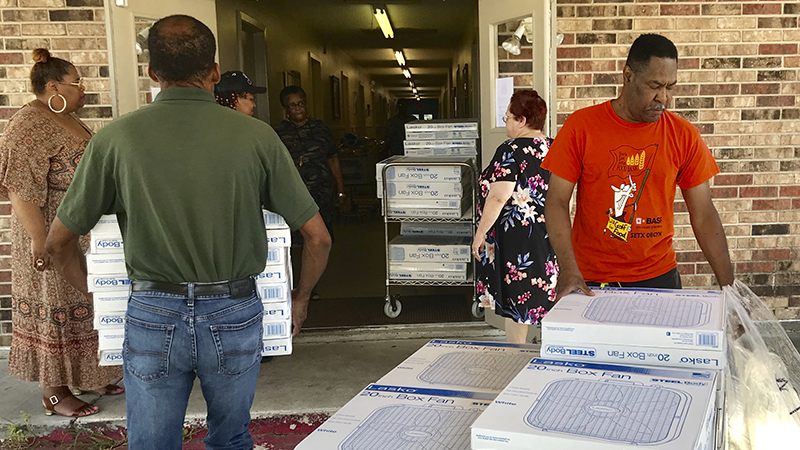 Ron Fletcher of Entergy said Monday that 110 fans were dropped off at the Salvation Army, temporarily headquartered at Grace Church of the Nazerine, 4601 Rice Farm Road, Port Arthur and 60 fans at Community Care Prayer Outreach, 808-B Nederland Ave., Nederland.

The fans will be distributed to people 60 and over and people receiving disability payments. Those seeking the fans should have ID and a utility bill.

“The timing is very important to get to customers during the summer,” Fletcher said as fans were delivered to the Salvation Army. 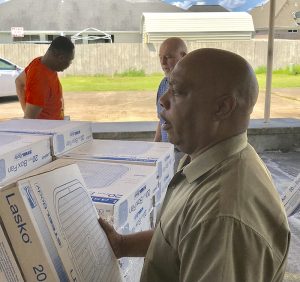 Richard Sessions, service center director for the Salvation Army, said the fans would likely be gone by the end of the week.

Kacee Kirschvink, spokeswoman for Entergy, said the fans, used with air-conditioning, can hold down utility costs. She said if customers keep their thermostats higher and use the fans to circulate cool air, it would save them money.

The fan deliveries are part of the 1,300 fans Entergy Texas is distributing to 31 locations in the region. Elsewhere in the Golden Triangle, fans were delivered to the Salvation Army, Some Other Place and Beaumont Rainbow Room in Beaumont; and Salvation Army in Orange.

Entergy offered these cost-saving tips, among others: