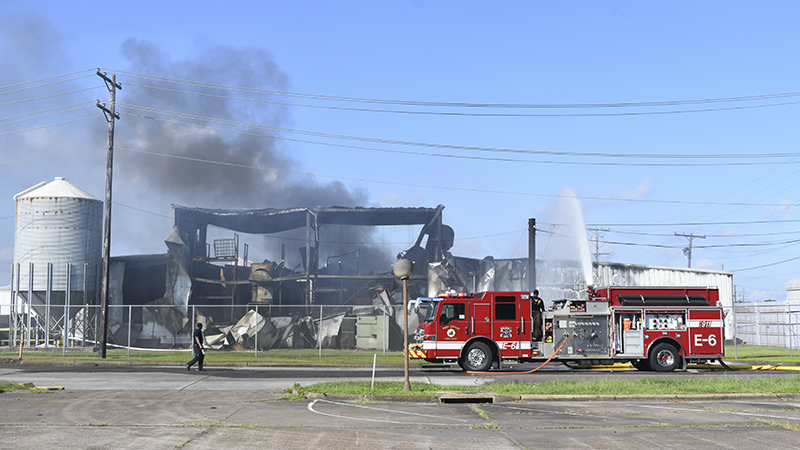 Firefighters are continuing this morning to put out hot spots from a large warehouse fire on Lakeshore Drive.

Several blocks around the area are barricaded off as firefighters battle the fire.

Port Arthur Fire Marshal Paul Washburn said one firefighter was treated for heat and was able to return to work.

Power is shut off to Port Arthur City Hall, municipal court, police and fire departments offices and the U.S. Post Office but some of the offices are working n generator power.

This is a developing story. Check back as more information becomes available.