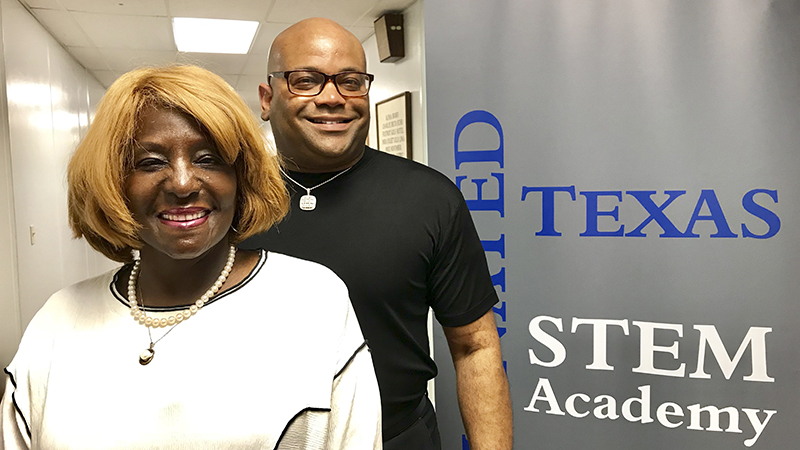 Tekoa Academy of Accelerated Studies will host a job fair from 10 a.m. to 3 p.m. Monday at the Port Arthur Public Library, 4619 Ninth Ave.

Jeffrey Lewis, special assistant to the CEO and high school campus administrator, said the need for new faculty is due to rapid expansion at the school, which is located at 326 Thomas Blvd.

“Our numbers have increased considerably through the years,” he said, but Hurricane and Tropical Storm Harvey caused an enrollment setback. Storm recovery has enabled enrollment to increase.

Eventually, he said, the school hopes to locate to a new campus on 39th Street at the site of the old Park Place Hospital. There is no timeline for that.

“To teach here you have to be very special,” said Lewis, a Port Arthur native who has been affiliated with the school for some 15 years, first as a volunteer and for the past eight years as an employee. “You need to be an educator with the mindset that all children are going to be successful.”

Lewis said the school, which opened in 1999, uses a college prep curriculum and has a designated STEM — science, technology, engineering and math — academic emphasis. It is supported by state and federal funds.

Lewis said Tekoa recruits locally and even internationally; two years ago, he said, the school recruited teachers from the Philippines. He said teacher retention is good and salaries are higher than most public schools.

He said the school holds an agreement with Johnson Space Center in Houston and has a partnership with Microsoft to advance its STEM mission.

“We have a busy parent group, too,” he said, and the charter school is supportive of students to the point that it “co-parents the children.”

Dr. Pamela Richardson, Tekoa CEO, said the school succeeds because of the strength of its board: Ronnie Linden, chairman; Rodney Whitney Jr., industry and international partnerships; Fabiola Small, board secretary; Kenneth Phillips, personnel chair; and herself.