‘No room for everything’: PA Animal Shelter asks city for new facilities 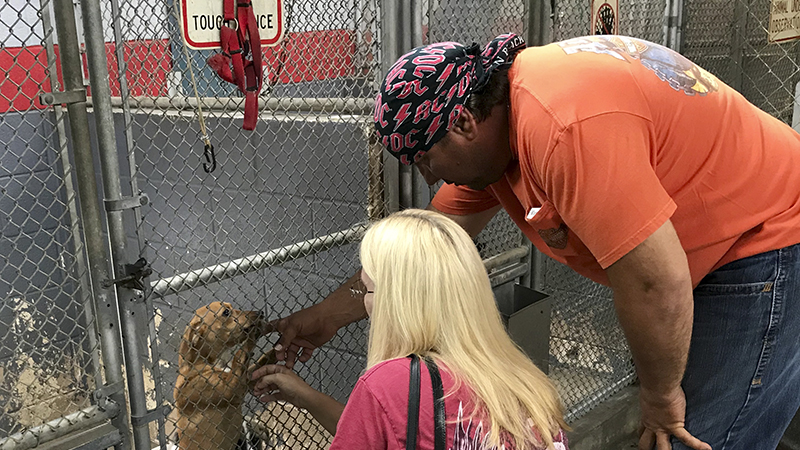 The Port Arthur Animal Shelter’s needs have outgrown its space, city councilmembers were told this week.

In a staff presentation concerning capital improvement plans, those with oversight at the shelter, which was built during Mayor Bernis W. Sandler’s administration in 1978, said expanded city limits and a string of deadly storms since then have racheted up the need for shelter space.

On Wednesday, 34 dogs where held in 15 kennels, with some dogs isolated because of size, gender or aggression. There were six cats at the shelter, the only available shelter space for felines south of Beaumont. 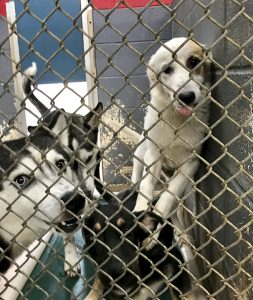 “I invite any of you guys to see what I’m dealing with,” said Anthony Mitchell, who manages the shelter at 201 Fourth St., two blocks from City Hall.

“We are asking the council to … have a new shelter in place for two years from today,” interim City Manager Rebecca Underhill told councilmembers, who seemed sympathetic to the needs.

Speakers suggested that the shelter is out of compliance with local and state regulations and inferior to far better accommodations offered in smaller Texas municipalities.

The staff developed plans that call for a larger shelter to be built at a cost of $2.7 million on a city-owned site of four acres at 1401 E. 19th St., code compliance manager Darlene Thomas-Pierre said.

The larger, cleared site — a defunct water treatment plant was located there until three years ago — would provide room for office space, a conference room, restrooms, shower facilities … and growth. 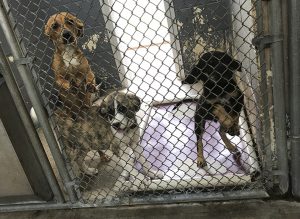 Multiple dogs are kept in many kennels. (Ken Stickney/The News)

Thomas-Pierre also said plans for a new site include a sally port to wash vehicles that transport animals and would enable animals to exit the vehicle and not run away.

She said in addition to dogs and cats, the shelter at times has accommodated a Nubian goat, snakes and a pot-bellied pig corralled by the staff. On Wednesday, three chickens wandered the enclosed yard. A staff member said city residents aren’t supposed to have poultry so they picked them up.

Thomas-Pierre said Mitchell is gentle and kind to the animals, many of which are euthanized within five days of their arrival. She said he takes special efforts to contact the Humane Society and other adoption agencies when he thinks he has an animal that has a chance to be adopted. 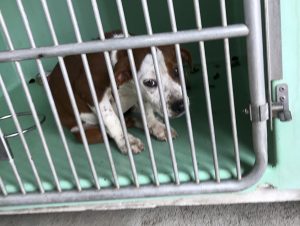 This dog was placed in an overflow area of the shelter. (Ken Stickney/The News)

The shelter takes in a variety of dogs, including pit bull mixes and Labrador mixes.

She said the most likely animals to be adopted are small breeds, pedigrees and shepherds and pit bulls.

District 2 Councilmember Cal Jones called a new shelter “a matter of some urgency.”

“We’ve got to clean the city up,” he said, decrying the fact that people are dumping not only property in the city, but also pets.

District 8 Councilmember Kaprina Frank said tending to stray cats is especially important because of their capacity to breed in large numbers. If the city didn’t take in cats, she said, there would be “an infestation.” 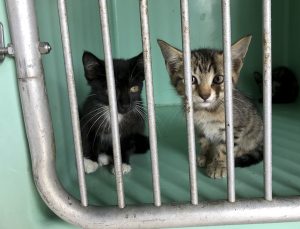 James and Wendy Van Pelt on Wednesday said they were looking at the shelter for a second, small dog for their residence in Port Acres. The couple travels in a large travel home while James works construction at area plants — most recently, for Total.

They said they found the shelter’s location online, were told there were small dogs there and drove to the site. They were weighing the choices between a puppy and a small, brown dog.

But the outcomes for other animals usually aren’t as happy. In his presentation this week, Mitchell said despite the shelter’s best efforts, dogs are euthanized at the shelter to keep the animal population in check and make way for additional animals. 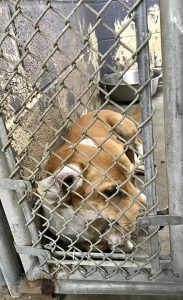 “We have overflow all the time,” said Thomas-Pierre. “Storage is insufficient. There is no storage for dry food, blankets and beds. There is no space for workers. There is just no room for everything.”

She said plans for expansion at the current site or developing a new shelter site have been ongoing since 2012.