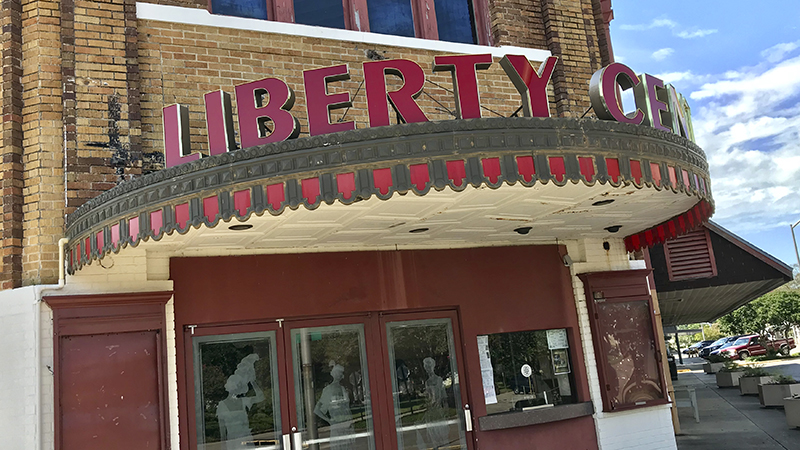 This is the sixth in a series of stories called “One-Tank Trips,” about places families might visit on a tank of gas, enjoying overnight stays on small budgets.

LANDRY PARISH, Louisiana — I can show a girl a good time.

So Saturday I packed my bride and the grand dog — a Lab who lives with us while our son works in Thailand — into my ’08 Corolla with the half paint job and headed to St. Landry Parish.

Now if you think this is an out-of-towner piece you’re dead wrong. That’s St. Landry Parish, where Clifton Chenier once called Opelousas, the Zydeco Music Capital of the World, his home — Chenier, who launched his music career from Port Arthur.

That’s St. Landry Parish, where Most Rev. Curtis Guillory, since 2000 the bishop of Beaumont, still calls Mallet on the prairie his home. St. Landry Parish holds long ties to its Cajun and Creole cousins along the Texas Coast.

This was a tourism trek — The Port Arthur News has been profiling places of interest our readers can reach with a tank of gas — and St. Landry fits the bill, especially if you drive from Port Arthur in a Toyota.

We started our visit in Grand Coteau, first settled in 1776, a charming village and home of St. Charles College, which is an ancient Jesuit institution founded shortly after Spring Hill College of Mobile, Alabama, my own alma mater. We were seeking some slice of what St. Landry calls its “spiritual trail,” appropriate for a parish that boasts that it provides Du gombo pour l’âme! — Gumbo for your soul. 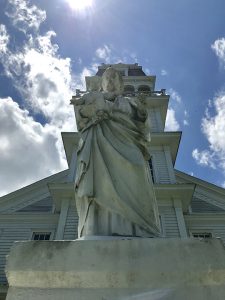 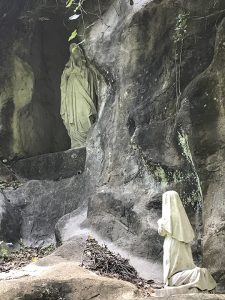 The Grotto at St. Charles College is a gathering spot for prayer. (Ken Stickney/The News)

Here we stopped at St. Charles Borromeo Catholic Church, which dates back to 1879, an architectural masterpiece that houses 32 original paintings, including 14 on the mysteries of the Rosary. The church is open for daily Mass and three weekend Masses.

In the shadow of the church is St. Charles College, a Jesuit seminary, and the Jesuit community. It’s a popular destination for spiritual retreats.

We walked first to the cemetery, where I visited the graves of Brother Gerald Landry, S.J., and the Rev. Ernest Jacques, S.J., both of whom I knew from my college years, the latter of whom taught me Hebrew and Christian Scriptures.

I hope that effort to educate me didn’t hasten my theology professor’s death. From there we walked to the magnificent grotto, worth a trip in itself, a special spot for solace and prayer.

What we missed: We missed on visiting the nearby Shrine of St. John Berchmans, located at the Academy of the Sacred Heart. It is the site of the only church documented miracle in the U.S. — but you need to call ahead to visit. Alas, we did not. 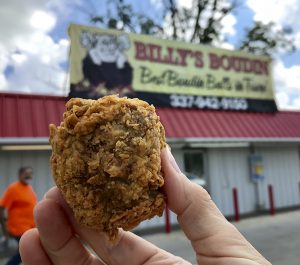 Every St. Landry visit should include the food — Opelousas is the birthplace of famed Cajun and Creole chef Paul Prudhomme — and you can get superior food anywhere in the parish.

We were on a mission, so we stopped for “to go” at Billy’s Diner, 24467 Highway 190 in Opelousas for boudin (Not “boudain” in St. Landry) and cracklins. In a recent service at the Seafarers’ Center in Port Arthur, Father Sinclair Oubre mentioned boudin and cracklins at Don’s on Interstate 10 in Lafayette Parish. They are excellent, but locals here may favor Billy’s. 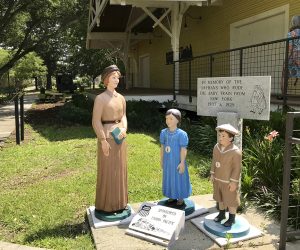 Across the street from Billy’s is the Opelousas Visitors Center in Le Vieux Villagé, which includes the Louisiana Orphan Train Museum.

Open Tuesday through Saturday, it tells the story of orphaned or abandoned children who were transported from teeming Eastern cities to rural America, including Opelousas.

Le Vieux Villagé is home to numerous historic structures including an 1890 outhouse, which I found a curiosity. 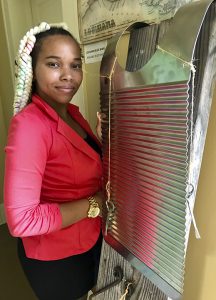 Inside the Tourist Information Center, we visited a zydeco exhibit and Kaia Winfrey of the staff showed us a washboard. I’d have guessed it was a rubboard, without the frame, but I stood corrected; either way it is a percussion instrument for zydeco music. And Kaia was terrific. 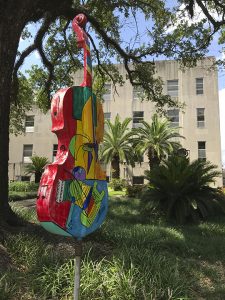 What we missed: What didn’t we miss? Opelousas is the third-oldest city in an ancient state. The Supreme Court used to meet here on a circuit.

It was a temporary capital. On another trip, we’ll visit the Creole Heritage Folklife Center, 1113 Vine St., to learn more about Creole traditions. Hours are limited.

We’ve attended Mass before at St. Landry Catholic Church, enormous and stunning, an architectural masterpiece built in 1909. Given the chance, we’d try Mass at Holy Ghost Catholic Church, which has the largest Catholic African American congregation in the U.S. Gospel choir sings on the first three Sundays of the month at 11 a.m. 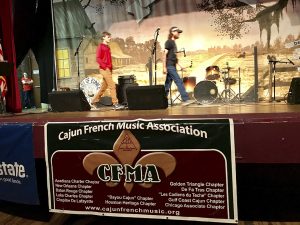 The stage is prepared for Rendez-vous des Cajuns at the Liberty Theatre. (Ken Stickney/The News)

Our tour continued and ended in Eunice, Prairie Cajun Capital, where Carey and I used to be Saturday night regulars at the “Rendez-vous des Cajuns” at the Liberty Theatre downtown. Jerry Bellot of Jerry’s Automotive & Front End in Port Arthur has played there before.

For more than 25 years, visitors have packed the house for Cajun bands and danced the two-step and waltz. Carey and I are repeat offenders in Cajun dance lessons. The Saturday night shows are broadcast live on TV and radio. 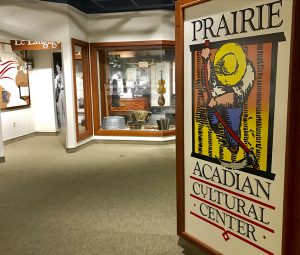 Next door is the Acadian Culture Center, part of the Jean Lafitte National Historical Park and Preserve. It illustrates and explains life on the Cajun Prairie.

I missed the weekly demonstration — on Saturday, it was about biscuits — but I snuck in in time to meet the cooks and sample the offerings. 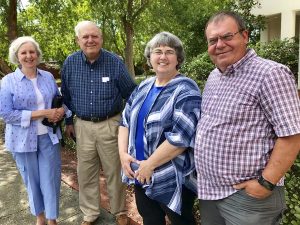 From left, Marvin and Mona Leleux of Ringgold, Louisiana and Tom and Mary Green of Pensacola, Florida met as tourists at the Acadian Culture Center. (Ken Stickney/The News)

I met two couples outside — Marvin and Mona Leleux of Ringgold, Louisiana and Tom and Mary Green of Pensacola, Florida — who make repeat trips to Eunice and nearby towns to celebrate Cajun culture.

“Cajuns are really friendly,” Green said. “And the women will teach you to dance.”

“Our roots are here,” said Marvin Leleux. “It’s the best-kept secret; you can stay here for days and have things to do.” 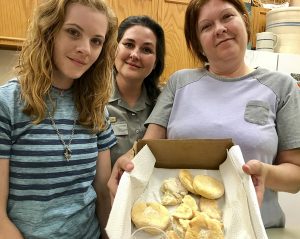 I made a quick trip, as well, to the Cajun Music Hall of Fame and Museum, which pays homage to revered musicians that include Harry Choates of “Jole Blon” fame. Choates, the “fiddle king of Cajun swing,” lived in Port Arthur and as a boy played for tips in barber shops here.

The Texas State Historical Society said one observer later referred to him as “a Cajun Janis Joplin” for his raucous performances and wild lifestyle. He is buried in Calvary Cemetery in Port Arthur.

What we missed: The Savoy Music Center. Operated by Marc Savoy, it includes books, instruments, recordings and supplies. Savoy is a brilliant Cajun musician married to Grammy-nominated musician Ann Savoy; they are parents of top-tier musicians who include Wilson Savoy, who won a Grammy as part of The Band Courtbouillon. The center is at 4413 Highway 190.

That’s a taste of St. Landry, but not nearly the whole menu. The parish includes numerous museums, historic sites, cultural treasures and spiritual adventures. For the French speaking, there are myriad sites where you can speak in that language at “French tables” or even while conducting business. In fact, you can pick up the St. Landry Official Visitor Guide in English or French.

There are plenty of hotels and motels, but we’d suggest a few possibilities: