One dead, two injured after crash between SUV and 18-wheeler 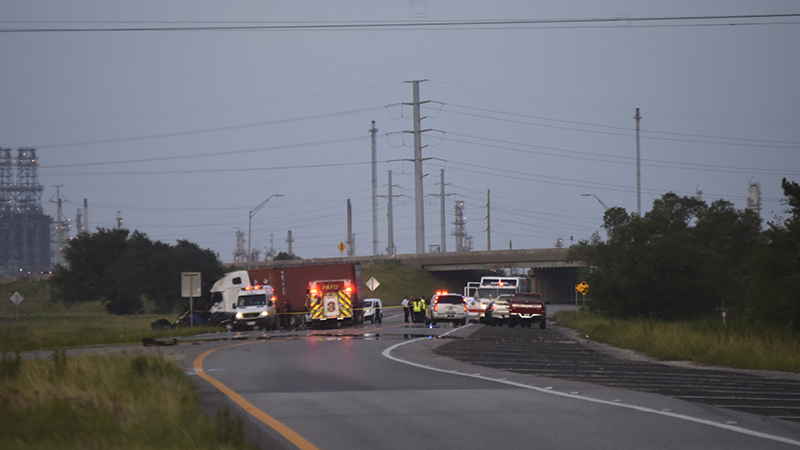 One person is dead and are two injured after crash between SUV and 18-wheeler on Texas 73 on Wednesday. Mary Meaux/The News

One person is dead and two were sent to area hospitals after a crash between an SUV and an 18-wheeler on Texas 73 near the railroad tracks on Wednesday.

Preliminary reports show the driver of an SUV made a U-turn in front of the 18-wheeler, according to a spokesperson with the PAPD. The driver of the SUV died at the scene.

Texas 73 westbound from Texas 82 will be closed for about four more hours as of 7:30 p.m. Texas 73 eastbound from Houston remains open.