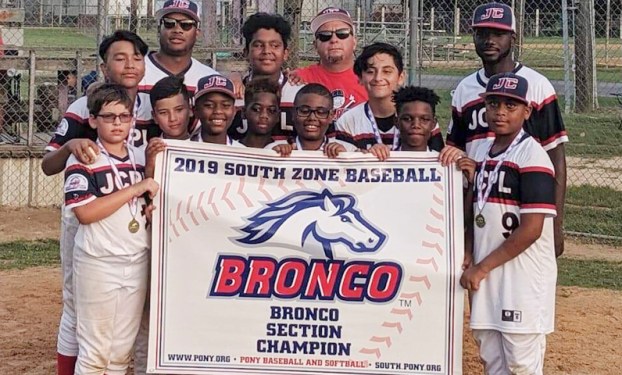 The 12-under team from the Jefferson County Pony League won the Pony South Zone section following a championship battle against the Lake Arthur team from Louisiana on Sunday.

On Thursday, JCPL will compete against Rayne, Louisiana, starting at 9 a.m. in the Bronco Super Region at the Youngsville (Louisiana) Sports Complex, 801 Savoy Road.

GROVES — The city of Groves is looking to make improvements to the Huntsman Park property in conjunction with Port... read more