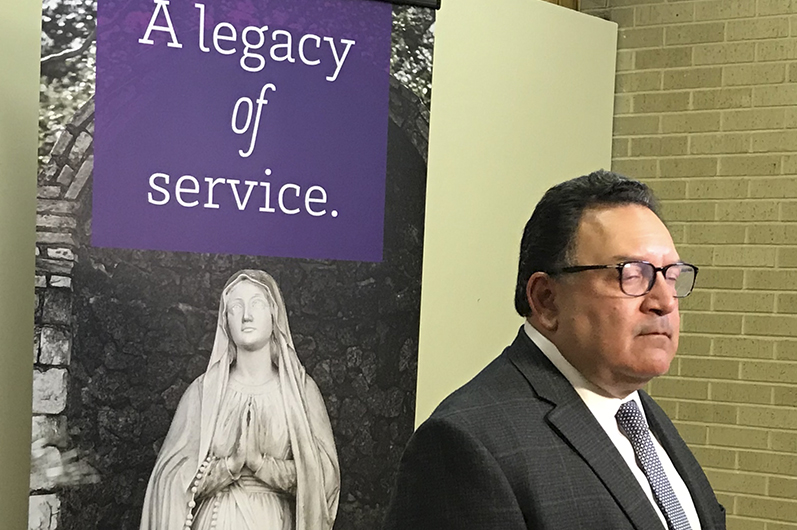 Port Arthur city leaders may yet weigh an option to acquire St. Mary’s Hospital and repurpose the facility, which is scheduled to close July 18. But at least one city official said such a decision is well down the road.

“All options are on the table,” said interim City Manager Becky Underhill. “We know the hospital will give the property.”

She also said the hospital has suggested it would demolish the buildings on campus to prevent the city from having an additional vacant building on its hands. But Underhill said demolishing the building would be expensive.

“They’ve been very gracious about the property,” she said. “They have talked with us.”

Christus Southeast Texas-St. Mary announced a month ago that the 89-year-old hospital would close because of the facility’s “unsustainable” business model. The hospital, located at 3600 Gates Blvd., has 229 hospital beds, but generally remains near empty for overnight stays.

Hospital leaders said in announcing the closure that healthcare trends are for patients to spend fewer nights in hospital care and to recover at home.

“It’s really about keeping people out of the hospital,” Paul Trevino, president and CEO of Christus Southeast Texas Health System, said last month. “Acute care is no longer the center of the universe.”

To that end, the health system opened its Mid County, outpatient care facility, on Highway 365 three years ago. It will be renamed Christus St. Mary Outpatient Center Mid County.

One possible use for the old hospital: Port Arthur could move its Health Department from the intersection of Austin Avenue and Fifth Street, where Motiva Enterprises is creating an office campus for some 500 employees.

Underhill said that option has been suggested but the St. Mary’s campus is older and the city has not fully reviewed the facilities.