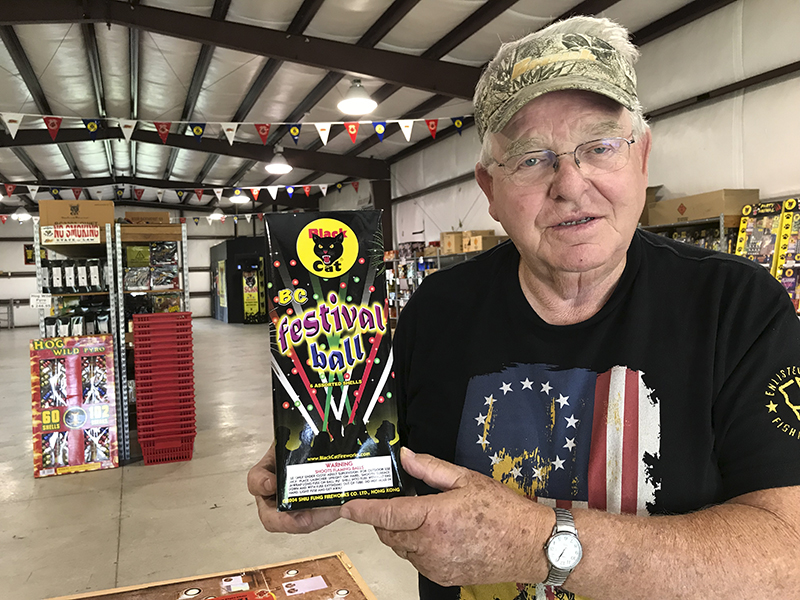 NEDERLAND — Jim Metts has a succinct description of the celebratory firepower he sells at Stroud’s Fireworks on Twin City Highway. 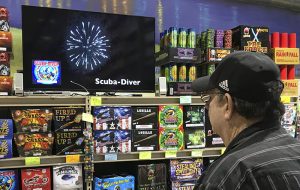 “They go up and they go boom,” he said laconically from behind the counter Monday afternoon.

Metts was almost through with his 10-day sale season for fireworks, as the Fourth of July approaches. State law gives him and other dealers from June 24 to midnight July 4 to peddle their popular merchandise to those who take special delight in bright colors and loud noises. 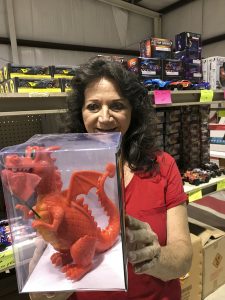 The wall is lined with products at Jake’s Over Texas. (Ken Stickney/The News)

He said he’s been in business about 11 years, and this year’s business is “OK.”

Joe and Sandra Daughtry at Jake’s Over Texas On Twin City — the business is named for their son — said business is “pretty good” but traffic is oftentimes dictated by which day the Fourth falls on. Friday or Monday, they said, business is pretty brisk. Thursday, such as this year: Not as much.

But like Metts, the couple said the big seller is “artillery shells.” The Daughtrys have a wall lined with them. 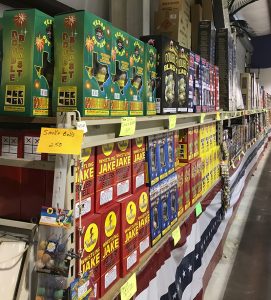 Daughtry said he used to go to great lengths to help customers understand what was inside the package. He’d shoot them off and rate them for customers. It wouldn’t do, he said, to launch your “grand finale” at the start of midway through your home “consumer fireworks” show.

“There’s a little bit involved in putting it together,” he said. He’ll guide consumers through the process, choosing colors and effects and watching video. 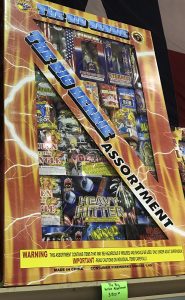 Nowadays, he said, manufacturers provide their own fireworks video; consumers can rate the potential themselves. He ran a video on a product called “Insane”; the video ran “right at a minute.” Usually, he said, individual fireworks last 25-30 seconds.

“There’s a lot going on there,” he said of the “Insane” product.

Sandra Daughtry said shoppers will drop serious money on fireworks — $100 to $1,000. Sometimes, she said, neighbors will pool their cash for a block party show.

Her husband said Jake’s goes the extra mile to help customers, even lining up their fireworks by cost for customer convenience.

Rain or shine, sales stop at midnight Thursday, he said. His shop opens next for Christmas and New Year’s fireworks, another 10-day season.

He said Texas permits shorter fireworks seasons for San Jacinto Day and Memorial Day and even on Cinco de Mayo. But its tough to even break even on those days; he and his wife, both independent business people, have other pursuits then.

Some counties opt not to permit fireworks sales on those occasions.