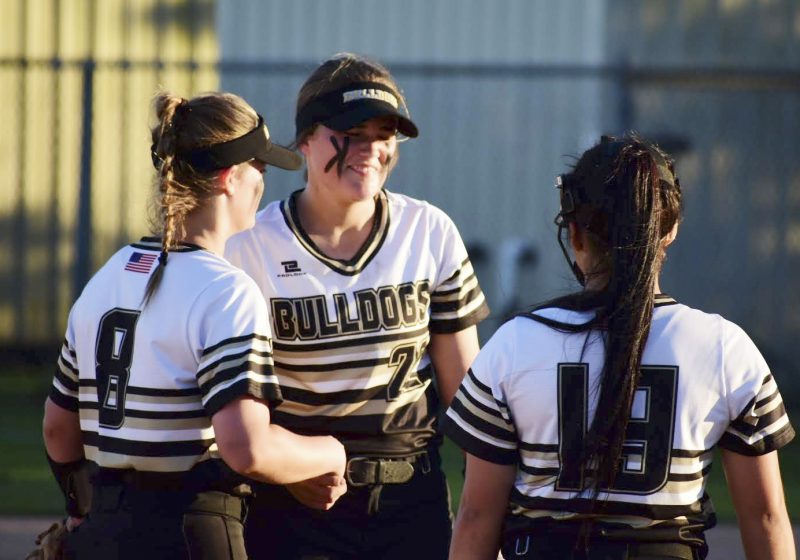 Nederland pitcher Destini Trahan (22) reacts with teammates Lexi Eversole and Alyssa Collazo following a strikeout in the second inning Thursday in Nederland. Trahan struck out the side. (I.C. Murrell/The News) 4-25-19

She recorded 11 games of 10-plus strikeouts on the season.

Orangefield catcher Emma Humplik was voted third team all-state. The sophomore verbal commitment to Texas A&M batted .460 and smashed eight home runs, 13 doubles and four triples while driving in 37 runs and scoring 40 of her own.