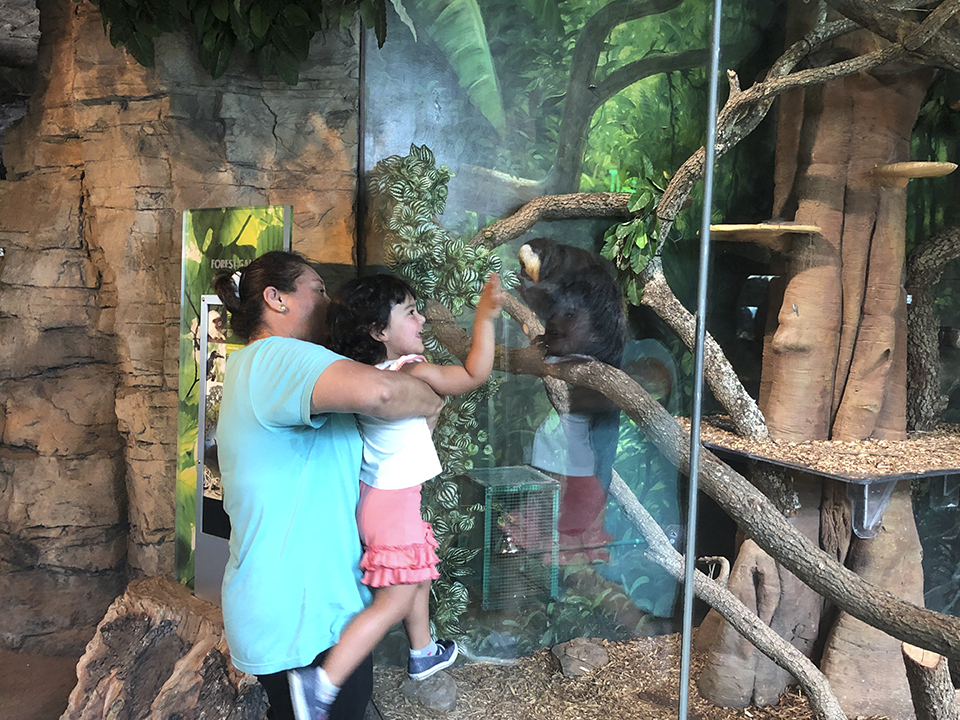 A small zoo attendee gives a monkey a high five through the glass.

This is the fifth in a series of stories called “One-Tank Trips,” about places local families might visit on a tank of gas, enjoying overnight stays on small budgets.

HOUSTON — Lions, tigers and bears — and elephants, giraffes, primates and more can be found at the Houston Zoo this summer.

Want to get outside to experience sunshine as well as look at some of the vast number of animals the planet has to offer? Look no farther than west on Interstate 10.

The zoo boasts its new addition of Texas Wetlands, which opened this year.

“The Texas Wetlands is the first exhibit of our grand master plan that’s taking us to our anniversary in 2022,” Houston Zoo Public Relations Manager Lauren Wappler said. “We opened in 1922, so we’ll be 100 in three years. We embarked on a pretty impressive strategic plan a few years ago with the first part of that plan being the Texas Wetlands.”

“They are all species that were almost extinct,” Wappler said. “They were critically endangered in the wild. Thanks to Texans and the Endangered Species Act, they are now thriving in the wild in Texas. We wanted to highlight this incredible conservation story and show we can save animals if we just come together and make it happen.”

The exhibit is free with the price of zoo admission.

The Houston Zoo brought back another fan favorite for the little ones. The Dinosaurs exhibit is home to 17 animatronic, prehistoric animals to give one the illusion of walking back in time.

After walking through the Jurassic period, zoo goers can check out the bear showcase. The exhibit finished remodeling last year to give people a better look at the omnivores. The exhibit’s remodeling was finished in August 2018. 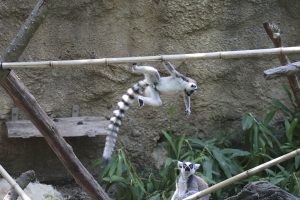 A ring-tailed lemur jumps from rope to rope at the Houston Zoo.

When walking towards the African Forest section, look up to see the heads of giraffes just peeking over the trees.

Attendees will have an opportunity to feed the giraffes as well as see ostriches that share the enclosed area. According to the Houston Zoo website, White rhinos aren’t white. The ‘white’ is taken from the Afrikaans word weit meaning “wide” — they were describing the rhino’s mouth.

Chimpanzees and gorillas tend to be fan favorites among zoo attendees. 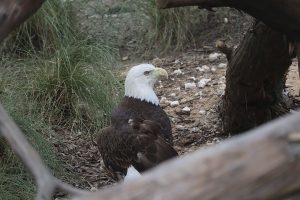 A bald eagle wanders around its exhibit in the Texas Wetlands at the Houston Zoo.

Those looking to see feathered friends should visit the array of birds with origins ranging from the Rain Forest to Australia. Some, like the Micronesian Kingfisher, are extinct in the wild.

If you want to cool off from the summer heat, step inside the bug house. The air-conditioned location gives attendees the ability to take shelter from the heat but keep viewing creepy crawlers. 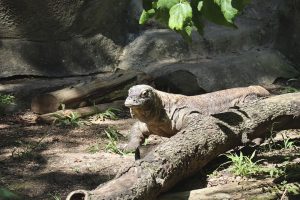 A komodo dragon can be found in its new exhibit at the Houston Zoo.

Another reprieve from the summer sun comes alongside snakes and amphibians. Center stage is the green anaconda with a massive tank that is the centerpiece for the exhibit.

Some larger reptiles such as the King Cobra and Black Mamba are easy to see in their display cases, but one can easily make a competitive game out of competing for whom can find most of the masters of camouflage the quickest. 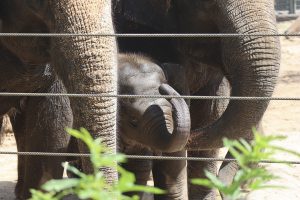 A 1-year-old elephant cools off at the Houston Zoo.

In 2017, the zoo completed the expansion of the elephant habitat, which included a 160,000-gallon pool. It’s common to find the elephants cooling off in the pool on warm days or feeding at the boxes of hay on the fence line, which allows attendees to get an up-close look. 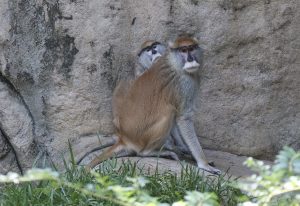 A pair of monkeys enjoy the shade during a hot day at the Houston Zoo.

The zoo welcomed two ring-tailed baby lemurs to the world at the beginning of the year. The lemurs are the first set of primates one comes upon when entering the exhibit. The often-rambunctious bunch can be seen playing and jumping around and are the liveliest of the primates.

For an up-close look, the orangutans are usually hanging out near the display glass in their exhibits. 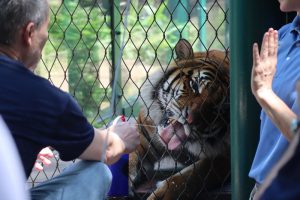 A member of a private tour feeds a tiger at the Houston Zoo.

During the day, the feline predators are usually lounging around, trying to keep cool.

Aside from the numerous carts selling Dippin’ Dots, popcorn, sodas and more, the zoo has a few sit-down dining options for those looking to grab a meal during their adventure.

The Macaw Café can be found near the zoo entrance and offers both outside and indoor seating. The menu ranges from burgers and sandwiches to chicken strips and pizza.

The Cypress Circle Café is part of the new Texas Wetlands exhibit. The café also features both indoor and outdoor seating. Those wishing for the best of both worlds can sit inside the café near the glass wall, which provides a wide view of the exhibit.

For these events, the zoo will stay open later to allow guests to view the animals in the cooler part of the day. Regular admission costs $18 for adults, $11.50 for seniors, $14 for children ages 2-11 and free for children under 2.