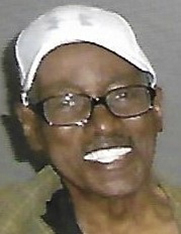 Marvin Keith Marks was born on November 25, 1948 to Ralph and Mildred Marks in Jeanerette, Louisiana. He was the second of six children. “Chumley Bear”, as he was affectionately known, lived the majority of his life in the El Vista Addition of Port Arthur, Texas.

“Bear” graduated from Lincoln High School in 1967 and enrolled in Huston-Tillotson College in Austin, Texas. In August 1969, he was drafted into the U.S. Army and deployed to combat in the Vietnam Conflict. During his deployment he was exposed to a multitude of things that profoundly impacted him for the balance of his life. He was also deployed to Germany until he was Honorably Discharged from the service in 1971. Marvin returned to Port Arthur where he was employed at Texaco Refinery, Coles Plumbing, and finally Port Arthur ISD, from which he retired with a medical disability in 2011.

“Bear” was a passionate fisherman, who loved spending time with friends and family catching, cooking and eating fish. In addition, he loved holiday family gatherings where he loved telling his fishing stories. Among his other hobbies were watching Westerns, playing dominoes, and daily scratchoffs.

Marvin peacefully transitioned from this life Monday June 24, 2019 at Magnolia Manor Rehabilitation Center. He was predeceased by his parents, sister Nona and brother Warren. He leaves to cherish his memories, sister Glenda Gabriel (Alvin) of Missouri City Texas; brothers Kenneth (Dianne) and Ralph Jr. of Port Arthur; three nephews and three nieces and a host of relatives and friends.

Funeral service will be 11 a.m. Saturday, June 29, 2019 at Gabriel Funeral Home Chapel with visitation from 9 a.m. until service time.  Burial will follow in Greenlawn Memorial Park.