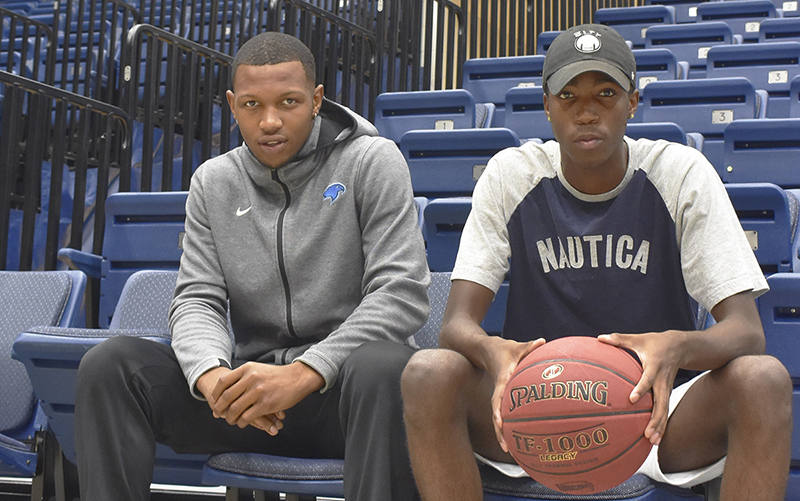 “So I just hope everybody’s in the gym working out, getting their games prepared so when we all get together to play, we can just have a new team and play better than we did last year,” the 2018 Memorial High graduate said.

The Seahawks won’t have to wait until November to suit up together, thanks to a new two-day recruiting event tipping off Saturday at Tyler Junior College.

Eighth-year Seahawks head coach Lance Madison expects hundreds of coaches from four-year programs to recruit the athletes representing the 11 junior colleges set to take part in the scrimmages. The NJCAA in January passed legislation that allows men’s and women’s basketball programs practice and competition dates adapting to NCAA summer recruiting rules. The competitions must be held at certified NJCAA events.

Lamar State has not conducted any practices this summer but is participating in five head-to-head scrimmages at Tyler.

“The NJCAA just changed the rule where member schools can pay the entry fee and provide transportation to participate [in summer recruiting events],” Madison said. “We’re taking some guys to get exposure from some four-year schools.”

The scrimmages are not an opportunity for high-schoolers to be recruited, Madison added.

Lamar State finished 20-12 this past season for a five-game improvement from 2017-18, the last time Ozen graduate and forward Justice Vaughn played. He redshirted the past year for development reasons, but is hoping he can help lead the Seahawks further.

“I’ve been here for a little minute,” he said. “Every year, we lose in the second round [of the Region XIV tournament], and it’s kind of aggravating. It kind of drives us. None of us likes to lose. It’s really something that stays on your back, stays on your mind. You can’t shake it. Every year, I know this year for sure, we’re coming for some heads. We want to win something. We want to win big.”

“I think we’ve got some more experience coming back,” Madison said. “That’s always a plus when you have some experience returning. We’ve added some good recruits to go with that. We have a couple of redshirts who can step up and contribute.”

This time last year, Chatman was just learning about the pace of junior college basketball following a 5A state tournament MVP performance with the Titans.