Shoring up the numbers: PAPD hires protect a widespread area 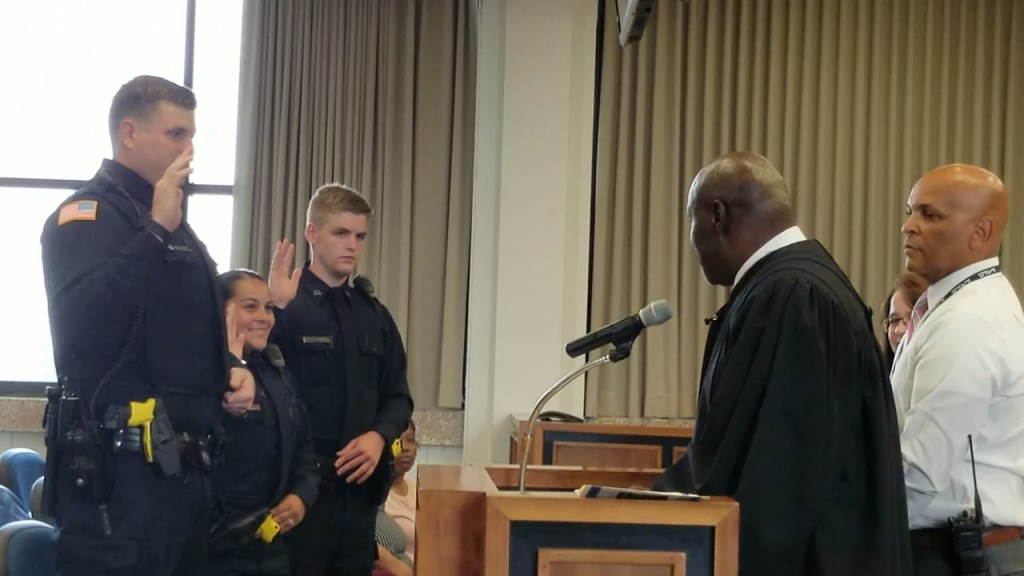 “We’re making it happen with what we have,” Duriso said Tuesday. “With these four new sworn officers, we are still about five officers short. We have had some retire.”

That’s why PAPD continues to advertise for new recruits on the city’s website and in professional publications. The city should have 131 sworn officers to cover the community, Duriso said; it has 126 now.

Part of the city’s challenge is the way Port Arthur was established in 1898 and and has developed since. The city extends from past Total toward a slender slice of Orange County to Sabine Pass, from near the Jack Brooks Airport to Pleasure Island, near the Louisiana border. The city patrols or responds as far away as Sea Rim State Park.

“We’re stretched really thin,” Duriso said. “It’s challenging because of the distance and what we cover.”

City leadership, including the City Council, have been supportive of the department.

Applicants must be U.S. citizens, with a high school diploma or GED equivalent. They must have a valid driver’s license, be 21 and no older than 45. There are restrictions based on criminal backgrounds, including no record of family violence.

Duriso said there are no height or weight restrictions; noting one officer sworn in last week was 6-foot-9, another was under 5 feet tall. But officers must successfully negotiate an obstacle course, drag a dummy and be timed in a 250-yard sprint.

Officers must also pass a polygraph test and interview and, after hire, do two weeks of training.

Duriso said officer backgrounds might include completion of a college degree, a law enforcement academy or military service. But some excellent officers have neither a degree nor military experience, he said.

Of the four officers sworn in last week, three completed a law enforcement academy and one was a certified officer in another department. The department has no specific recruiting pipeline, he said, but it attends jobs fairs. Duriso said the department’s reputation is excellent.

“We’re a good place to work, with great opportunities and benefits,” he said, and there are various incentives for college degrees and mastery of foreign languages.

Pay for a starting officer is $4,416.66 a month. Duriso said most applications come from outside the area and only about a quarter of the applicants are eventually hired.

“It’s very rewarding work if you are looking for a job that is rewarding,” he said. “It provides opportunities to help people. It’s not just a job.”

Port Arthur, he said, is not a dangerous city. While the violent crime rate can be high, he said most violent crimes involve people who know one another.

“They get into a dispute and one does something that causes consequences for the rest of their lives,” he said.