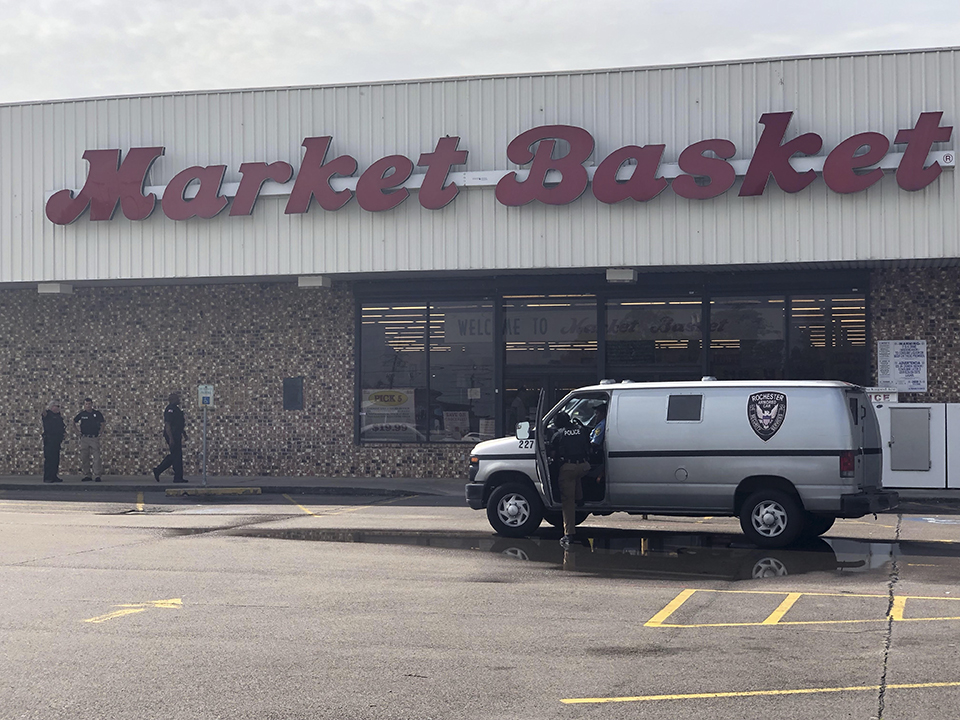 There, they learned an attempt was made to rob the driver of a Rochester Armored Car in front of the grocery store.

Police said at the scene that no shots were fired.

One victim was taken from the scene to a local hospital; no injuries were disclosed but police said they were not life threatening.

Police would not confirm how many suspects they are seeking, nor would they give a description of the suspect or suspects.