Seafarers’ Center’s new chapel blessed & dedicated: ‘Lord stand beside all those who sail’ 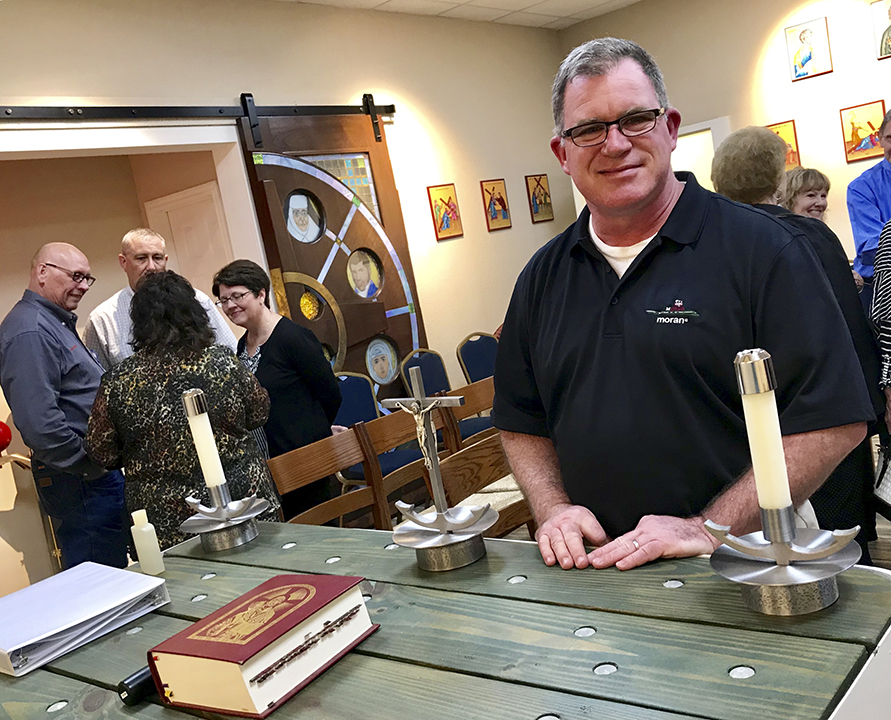 A full house of worshipers raised their voices in song and prayer as the Seafarers’ Center’s new chapel — long years in planning and execution — was dedicated and blessed on the International Day of the Seafarer.

The Rev. Sinclair Oubre of the Apostleship of the Sea led Tuesday’s service, which was centered around the Liturgy of the Hours in a chapel distinctly intended for mariners seeking peaceful prayer.

The specially crafted altar, designed by Capt. Beau Dumesnil and fabricated by Gulf Copper, evoked images of the sea. The altar included both portholes and propeller in its design, the top of the altar is a shrimp boat door.

Elsewhere in the ecumenical chapel are images of saints who held importance here, and relics like the former doors, processional cross and tabernacle from St. Mary’s Catholic Church. 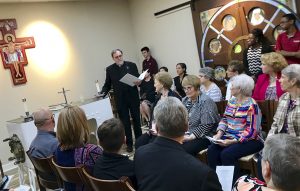 The Rev. Sinclair Oubre leads an evening prayer service as part of the dedication and blessing of the Seafarers Chapel at the Port Arthur International Seafarers’ Center. (Ken Stickney/The News)

The chapel was built from the treasure and toil of local people, including those from the Episcopal, Methodist, Presbyterian, Baptist and Jewish faiths.

Oubre said it was always part of the plan for the Seafarers’ Center to have a chapel, a place where mariners who come into the Port of Port Arthur can find a quiet spot for prayer and reflection. He said people of many faiths may hold services there and care would be made to mark inside the chapel the proper direction toward Mecca, as well, so Muslim mariners might pray there.

The first Mass, he said, would be held on the fourth Thursday of September, World Maritime Day and the feast day of Our Lady, Star of the Sea. 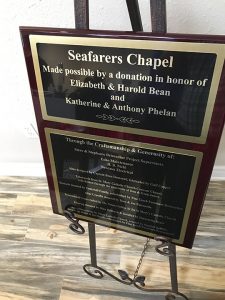 Donors were listed on this plaque. (Ken Stickney/The News)

The chapel itself was made possible, Oubre said, by a donation in honor of Elizabeth and Harold Bean and Katherine and Anthony Phelan.