Some steps to go before Bartie takes mayor’s seat 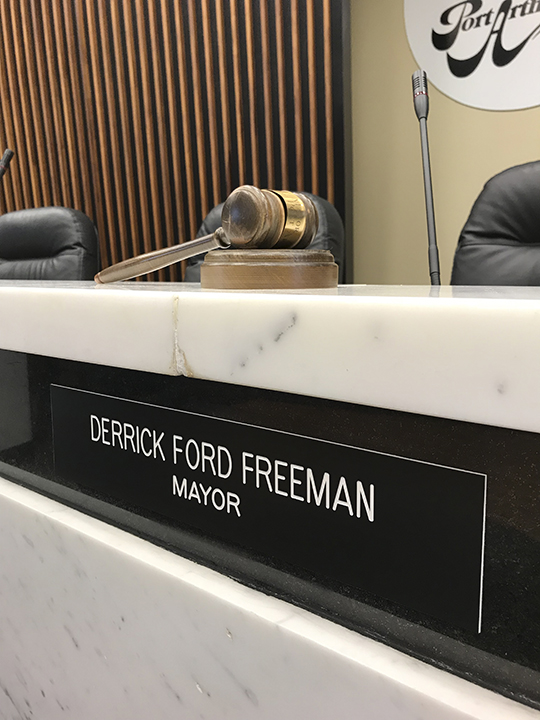 Port Arthur Mayor-elect Thurman Bartie will take his seat in the first week of July, most likely on July 3 but maybe earlier.

Bartie, elected Saturday in a runoff vote over incumbent Derrick Freeman, must wait for provisional ballots to be reviewed by the Jefferson County voter registrar and for further review in Austin.

Election officials must review and certify the election by 11 days after the vote — July 3, in this case. That certification will be done by the City Council at a special meeting scheduled for 10:30 a.m. in the City Council chambers.

Freeman said Monday he would be open to moving up the process so Bartie could start as mayor July 2, the date of a regularly scheduled meeting, but did not want to disrupt any set plans.

The mayor-elect said Monday he is planning a celebration of his own “for those who would care to celebrate with me.”

“We’ll do our own personal fireworks,” he said.