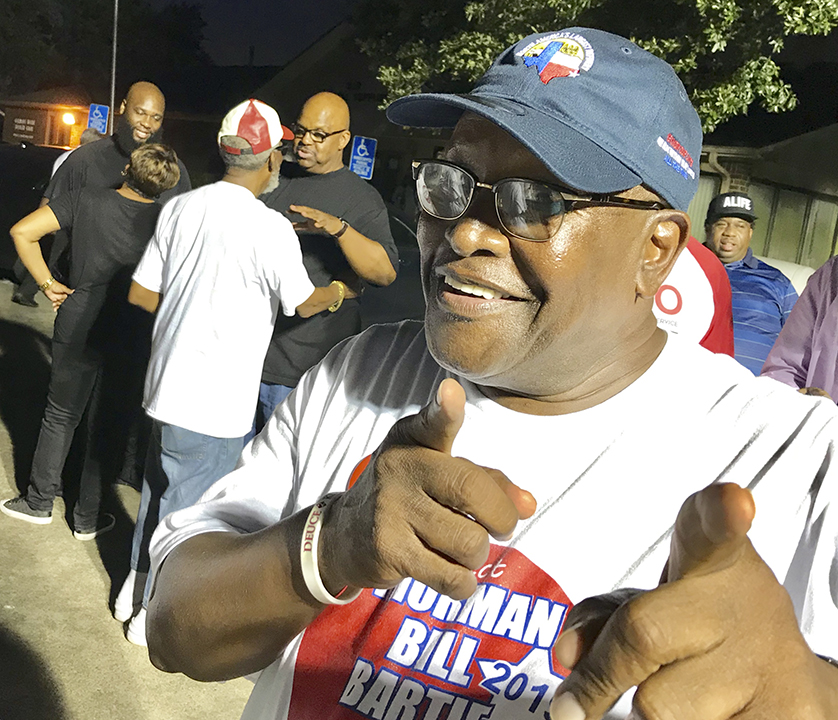 But by Sunday, he was attending an Hispanic music festival at the Pavilion and, he said, speaking in Spanish, which lasted about “30 seconds.”

That’s because, he said, he received political support from across the demographic spectrum in his 54-46 victory over incumbent Mayor Derrick Freeman, winning by similar margins in absentee voting, early voting and election day voting.

“Everyone who voted for me didn’t look like me,” Bartie said. “But I’ll be everybody’s mayor. I will respect all of the cultures in Port Arthur. And I will represent the city in a way that everyone will feel like they are represented.”

He said Monday he’d take a couple of days off before doing some hard preparation for his new role as mayor, tentatively set to begin July 3.

Bartie wasn’t ready to talk specifics Monday because he needs to talk with City Hall professionals first. He said he’d discuss key topics with interim City Manager Rebecca Underhill and see what among his campaign objectives are feasible right away.

“I don’t want to talk about a whole lot of stuff and then not be able to do it,” he said. “I’m more inclined, once I’m able to meet with everybody, to see where things are and decide what I’m going to champion first.”

The goal, he said, was to be “a change agent” while being a unifier at the same time.

This much he knows: City Council members did not support his election but they know a new guy is coming in.

“I appreciate them recognizing that I’m coming,” he said, noting some councilmembers attended his post-election party Saturday.

He’s become this kind of guy since his first longstanding political effort — that of a justice of the peace — ending with his removal from the position in 2004: He preaches the Gospel and believes God was behind his win.

“God orchestrated it,”Bartie said. “I didn’t win to see who I could harm.

“The city’s been through enough. I want a fresh start with everyone.”

While he deferred on providing specifics about what he’ll do on the job, he’ll give long thoughts to thinking about how he will approach the job. He holds a degree in political science, has served on the bench and, under Port Arthur’s form of government, will serve in a position with duties akin to the executive and legislative functions.

He also knows how much time he’ll devote to the mayor’s position, which is a part-time job.