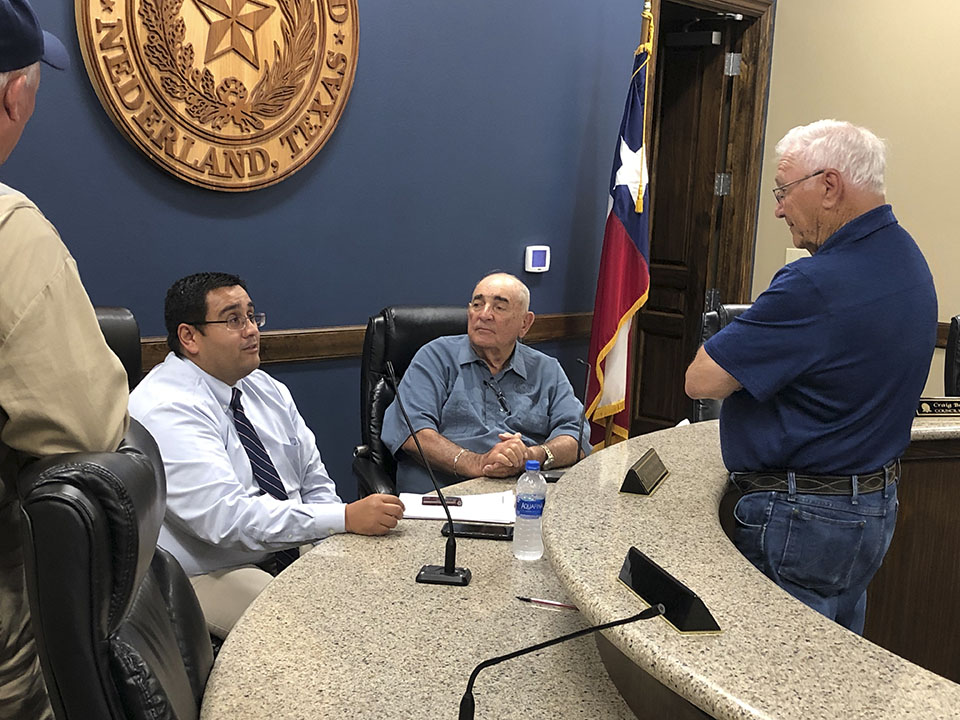 NEDERLAND — The City Council voted unanimously to retain City Manager Chris Duque during a meeting at City Hall on Monday.

Duque has been with the city since 2008, and has led many infrastructure improvements including the Nederland Avenue project along with the city’s sewer rehabilitation project, which is scheduled to start this week. The city is looking to do $10 million worth of sewer-related projects over the next three years.

Nederland Mayor Don Albanese said he is happy to have Duque on the staff.

“It was really important [to keep Duque],” Albanese said. “He’s doing a fine job. All of the council was satisfied with his performance. We gave him a little review and gave him his chance to ask us questions. Everything went well and we are all satisfied.”

Duque said he, too, is pleased to keep the working relationship going.

The council also honored a pair of local athletes with a day of recognition.

The council recognized former Port Arthur native and author Damon West, who was a Thomas Jefferson High and University of North Texas quarterback, and Nederland High School senior Brandon Do for their contributions.

West is releasing his second book on his story of personal redemption after rehabilitating himself in prison and beating drug addiction.

West gave each member of the council a signed copy of his new book, which he co-authored with motivational speaker and author Jon Gordon. The book, which will be released July 2, is “The Coffee Bean,” published by John Wiley & Sons.

Do won the state championship for men’s tennis singles this year for the Bulldogs.