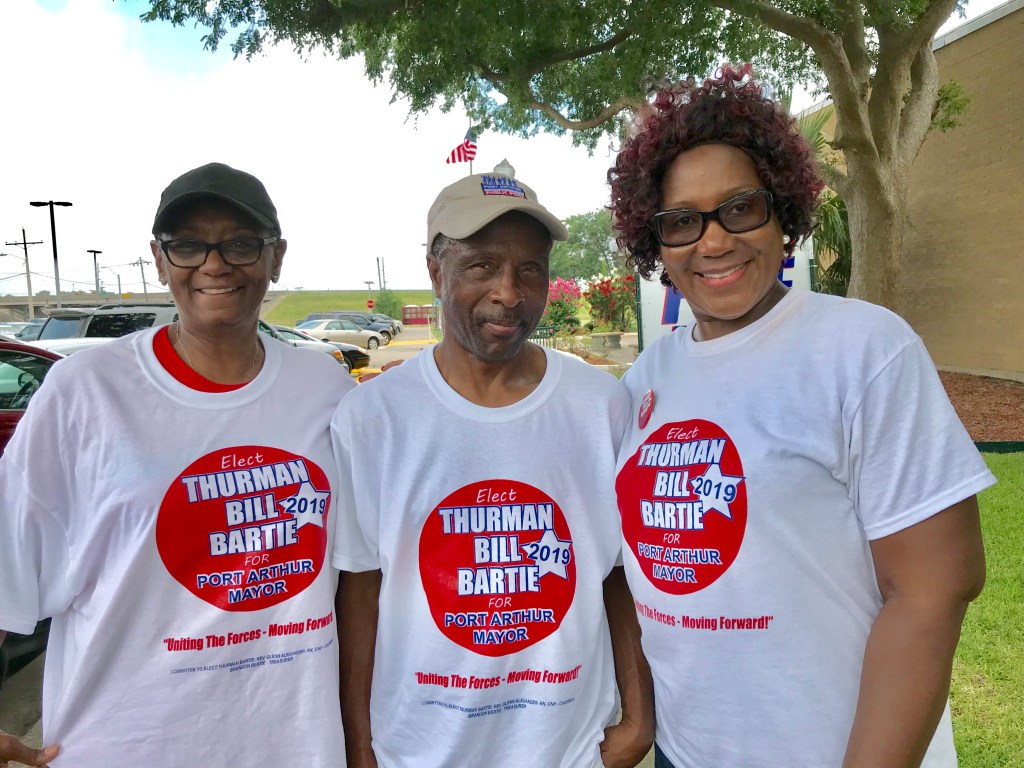 But absent a late rush at the polls, which are open 7-7, and an unexpected volume of mail ballots, numbers may be tamped down from the first go-around.

The early voting mark was 2,486 — brisk for a runoff, voting officials said. That was almost as many as recorded during early voting for the May 4 General Election, which included five candidates and other races.

At Tyrrell, two volunteers — one for incumbent Derrick Freeman, the other for challenger Thurman Bartie — fanned themselves in the shade around 2 p.m. The temperature was 92. Nearby, four small children conducted “cheerleader” style encouragement for the incumbent, but there were no voters on hand to see them.

Hours were ticking by at nearby Thomas Jefferson, where voters had stopped coming at all.

Only the library reflected a trace of enthusiasm. Voters trickled in steadily.

One voter approaching the library said she was there mostly to vote against one candidate, not necessarily for the other. She wouldn’t say who.