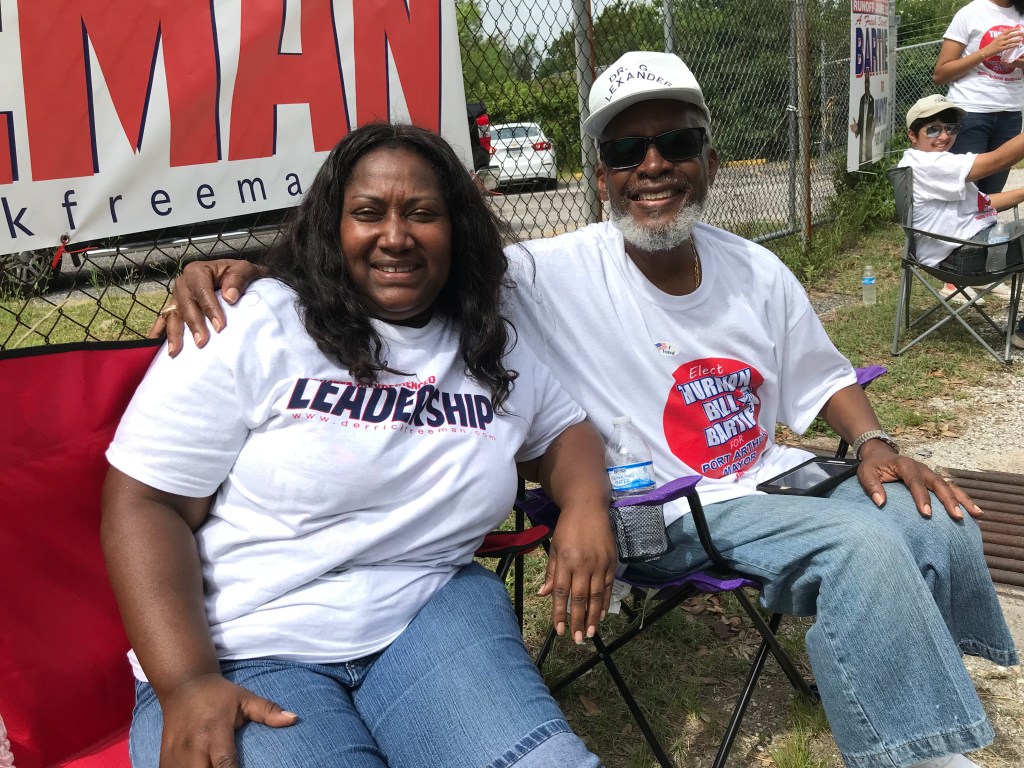 Lafrucia Balque, left, and Glenn Alexander said they disagree on their choice of candidates, but exchange their competing views with love for their neighbors.

SABINE PASS — The R.L. “Gabby” Eldridge Community Center is loaded with memorabilia, and is the go-to site for parties, civic groups and family gatherings.

What was missing there Saturday morning was voters. Only a single voter had cast a ballot in the first 2 1/2 hours after the polls opened.

Poll workers were mum about voter traffic but a posted notice on the door told the story: One voter as of 9:30 a.m. Talk around the grounds was that folks in Sabine Pass take interest in elections for school board and for port authority positions.

Port Arthur mayor runoff elections? Not so much.

A faded news clipping from the July 11, 1957 edition of The Port Arthur News was affixed to a wall and told some of the recovery story from Hurricane Audrey, a killer storm that had ravaged this community a month before the old news clipping was published. But weathering fierce weather is a way of life here.

A wall decoration touted these words: “Disaster, decline and determination,” which tell much of the Sabine Pass story.

Audrey, a killer storm, attacked this coastline with winds of more than 125 mph in 1957. But the warm breeze across the community Saturday was not blowing in many voters Saturday.

At the Memorial 9th Grade Academy at Port Acres, voters were arriving in a steady trickle, if not a torrent. Across 61st Street from the polls, supporters of incumbent Mayor Derrick Freeman and challenger Thurman Bartie shared in harmony a piece of real estate along the narrow street.

Lafrucia Balque, a Freeman supporter, and Glenn Alexander, a Bartie supporter, called out their support for their competing candidates to voters who arrived in front of the school.

Both said that while the runoff has been contested in acrimony elsewhere, that wasn’t the case among the half-dozen volunteers in Port Acres.

They were going to agree to disagree, they said: They would exchange their differing opinions “in love.”

Ken Stickney (ken.stickney@panews.com) will report about the runoff from polling sites around Port Arthur today. Check back for more reports.