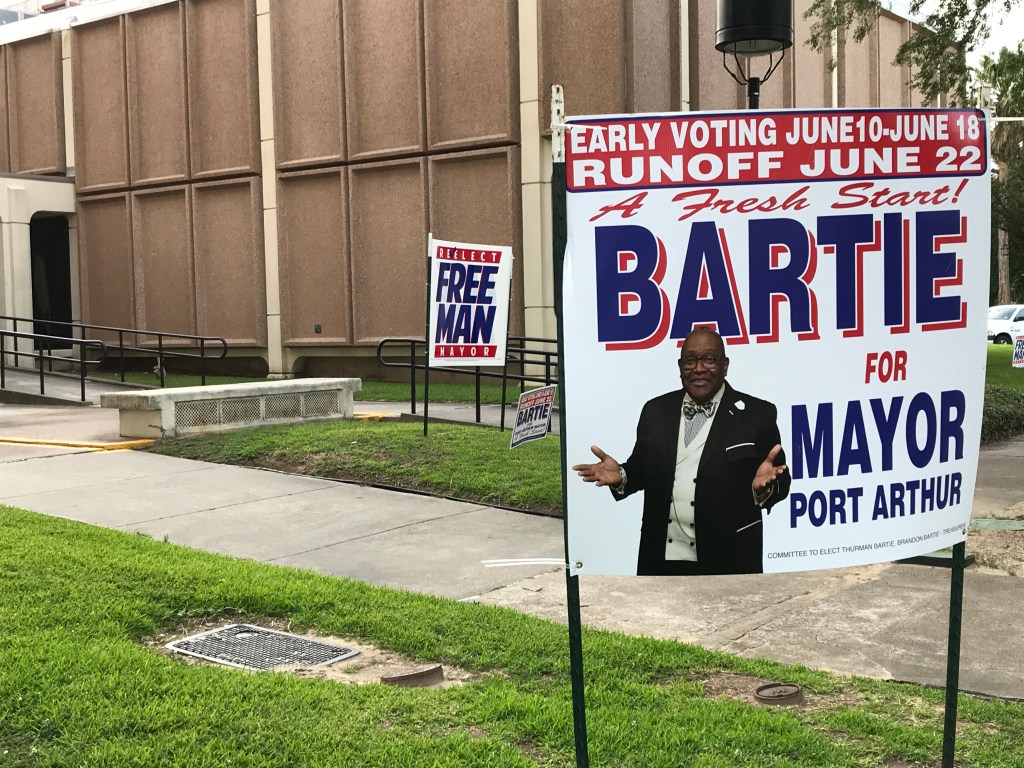 Dawn broke quietly Saturday at Port Arthur City Hall, with scattered gray clouds and empty streets. It’s going to be a hot one: The forecast was for a high of 92 and mostly sunny.

It wasn’t quiet on floors 4 and 5, though, the latter one of the city’s seven polling sites, the former where the city secretary’s staff — they oversee the elections — were putting the finishing touches on preparation for a two-candidate runoff for mayor.

“Today it will be interesting to see if momentum continues,” City Secretary Sherri Bellard said, awaiting poll openings at 7 a.m. She was referencing higher-than-normal turnout — 13 percent — in the May 4 General Election and brisk early runoff voting — 2,486 ballots — that concluded Tuesday.

Voting today will tell Port Arthur people whether incumbent Mayor Derrick Freeman or challenger Thurman Bartie will lead the city for the next three years.

One early riser arrived to vote at City Hall at 7:03 a.m., but shied away from questions. She was there early, she said, because she had to take care of her grandchild Saturday.

A second voter, Shirley James, arrived three minutes later. She said she’s followed the campaign closely and wants “to see a change in my city.”

Nearby, at Abraham Lincoln Middle School, all was still outside the building at 7:20 a.m. Also a polling site, its location on a quiet street was unaffected by voter traffic — not this early. The only sound was of a neighbor cutting his yard.

Ken Stickney will report about the runoff from polling sites around Port Arthur today. Check back for more reports.