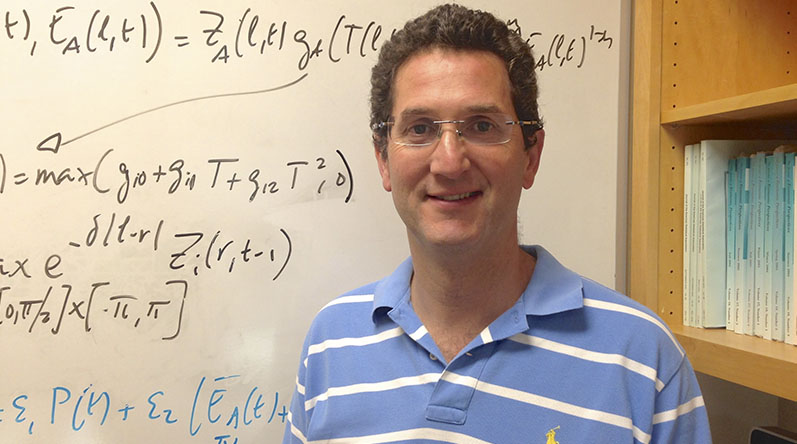 The Catalyst, via InsideSources.com

You can turn on almost any newscast, pick up the latest newspaper, or simply follow social media and know that a changing climate is already creating dire consequences in some parts of our world. But here is another reality: Not all locations will face such a dismal prospect.

Global warming will double agricultural productivity in Siberia over the next century. And the melting of ice will permanently open the Northwest Passage, the maritime trade route that connects China to Europe through the Arctic.

Policymakers have so far focused primarily on two strategies. One is to slow down climate change, by reducing carbon emissions through the adoption of clean energy. The other is to limit the negative effect of climate change, by building sea walls and by insulating homes and workplaces against extreme temperatures.

But there might be a complementary third strategy: adapt to rising temperatures by changing where we live and produce. If Arizona becomes unbearably hot, the snowbirds can stay put in Chicago. And if California’s Napa Valley becomes unfit to produce wine, Oregon’s Willamette Valley can take its place.

There is nothing new about these forms of adaptation. During the Medieval Warm Period, roughly spanning the 9th to the 14th centuries, some parts of the world, such as the North Atlantic, experienced temperature increases of around 1 degree centigrade. At the time, England exported wine to France, and there were vineyards as high north as Scandinavia. Milder temperatures allowed Vikings to colonize Iceland, Greenland and parts of Newfoundland.

The rise in temperature during the Medieval Warm Period was more limited in magnitude and geographic scope. But it does suggest that trade and migration may be powerful ways to mitigate the negative impact of climate change.

In a world with trade, we don’t all need to grow our own crops. A farmer in sub-Saharan Africa may have to switch occupations, but he need not lose his livelihood.

In the absence of trade, it is unthinkable that a metro area of more than 2 million people could survive in the middle of the desert. Yet, Las Vegas has been one of the fastest-growing cities in the United States. And if some low-lying coastal areas of Florida become permanently inundated, its residents can move to higher ground.

Of course, migration as a way of adapting to global warming is a politically thorny subject. We live in a world with country borders, visa requirements and migration restrictions. However, it is worth remembering that climate change is a slow-moving process. Unlike wars, it will not create sudden surges of millions of refugees. Because the process is so gradual, we are unlikely to see massive movements of people over short periods of time.

In fact, it might not even require any of us to move; it is probably enough if some of our children or grandchildren choose to reside in different locations. This makes climate-induced migration politically much more feasible than we might think.

In many countries, much of the adjustment can happen through internal migration, without the need for people to move across national borders. If parts of the U.S. Atlantic Coast flood, there is room to move more inland, and if crop yields go down in the southern part of the country, agriculture can move to less extreme climes in the northern states.

Yes, carbon taxes are an efficient way to reduce greenhouse gas emissions. And subsidies can incentivize the development of alternative clean energy technologies. But migration and trade were once the prime ways to adjust to a changing climate.

Klaus Desmet is the Ruth and Kenneth Altshuler Centennial Interdiscipinary Professor at Southern Methodist University. A longer version of this essay originally appeared in “The Catalyst: A Journal of Ideas from the Bush Institute.” This is distributed by InsideSources.com.