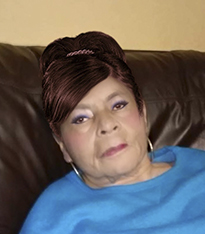 Charlotte Armstrong Jacko was born in New Orleans, Louisiana. She was the daughter of the late Ralph F. Walters and Eva Armstrong Walters. She relocated to Port Arthur, TX and graduated from Abraham Lincoln High School in 1963. She was active in clubs and organizations in High School and was very proud to be a Lincoln Honeybee.

Mrs. Jacko and her husband later returned to Port Arthur and she re-united with First Sixth Street Missionary Baptist Church. She then worked at Park Place Hospital and later worked and retired under the leadership of Dr. Marsha Thigpen.

Funeral service will be 2 p.m. Saturday, June 22, 2019 at Gabriel Funeral Home Chapel with visitation from 12 noon until service time.