The Jefferson County Sheriff’s office is working a bomb threat at the courthouse, authorities said this afternoon. 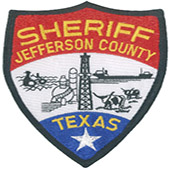 A call came in through Beaumont dispatch stating there was a bomb but did not mention a specific courthouse, according to information from the sheriff’s office at around 1:20 p.m. Wednesday.

As a precaution, the county courthouse in downtown Beaumont was evacuated and police brought in Port Arthur Fire Department’s bomb dog for a search.

No additional information is available at this time.