DALLAS — A masked 22-year-old man was killed in an exchange of gunfire with federal officers outside a federal courthouse in downtown Dallas Monday morning, an FBI official said.

“At this time we have no information indicating that there are other shooters, other threats to the community. We are working on one vehicle, we will have that cleared shortly,” DeSarno said.

Following the shooting, a bomb squad examined a vehicle associated with the man as a precaution and performed controlled explosions. Two loud blasts from that could be heard downtown Monday morning.

Fox said he was outside the building when a man in a mask parked at the corner of two downtown streets. He said the man ran and began shooting at the courthouse, cracking the glass of the door.

The window panes in the courthouse’s revolving door were broken.

Chad Cline, 46, who lives in a building near the courthouse, told The Associated Press that just before 9 a.m. a message was broadcast throughout the building that there was an active shooter in the area and that residents should stay inside. Less than half an hour later, another message said there was a potential bomb threat and that residents needed to leave. He, his wife and their two dogs went to a coffee shop.

When he returned to his building later in the morning, he asked an officer armed with a rifle when he would be able to get back in and the officer didn’t know.
•
Associated Press writers Jamie Stengle and Diana Heidgerd contributed to this report. 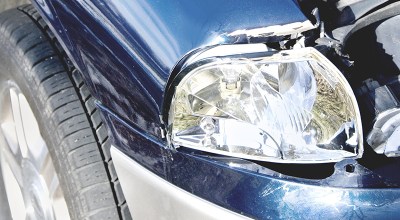 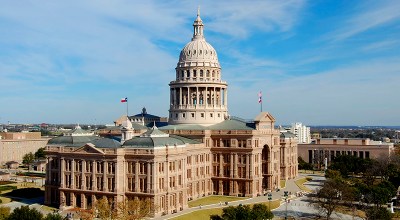 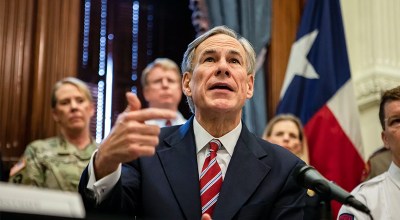