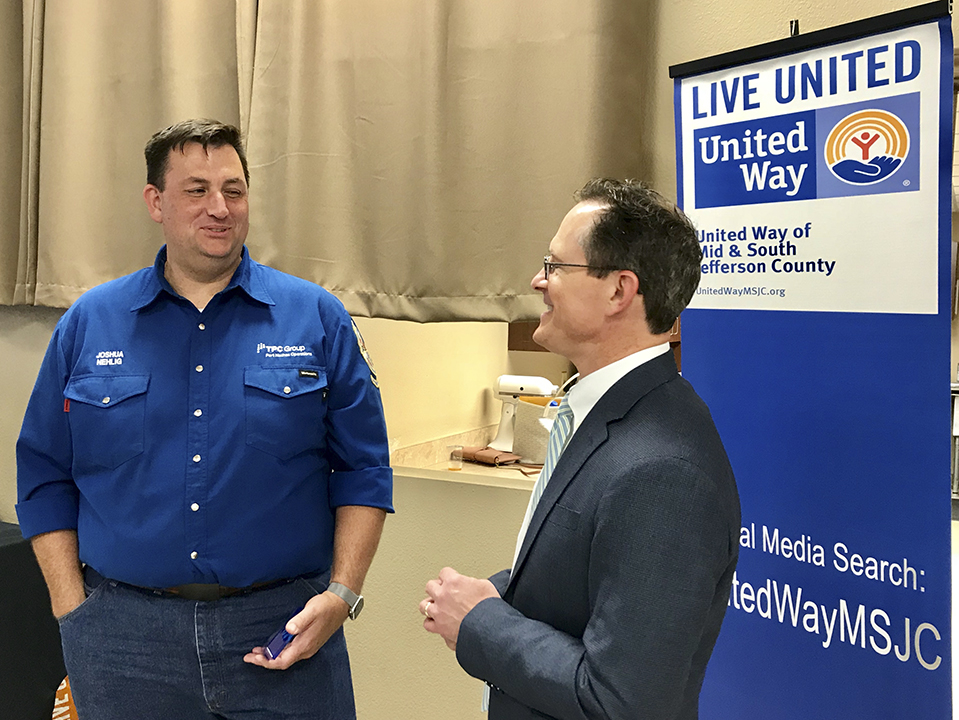 That’s where Nehlig, now plant manager for TPC Group in Port Neches, first led a United Way site campaign for DuPont and got to know more deeply about United Way and what it does.

He learned there, as he has learned elsewhere since, that United Way is not wholly about serving strangers. Depending upon the local United Way and its member agencies, it sometimes serves his own family and friends by bolstering groups like the Boy Scouts and Girl Scouts, YMCA, local hospice organizations and reading programs that serve children like his own.

“I fell in love with the work they have done,” he said.

After a job transfer to El Dorado, Arkansas, he rose to United Way board member and learned about United Way’s inner workings and how the organization builds better communities.

“He helped oversee reconstruction from Hurricane Harvey, getting us back into our facility,” she said. “He worked on that very closely.”

During a “Day of Caring,” she said, Nehlig and TPC Group volunteers helped do extensive landscaping and carpentry work for both Samaritan Counseling, a UW agency, and for the Women & Children’s Shelter in Beaumont.

She said TPC Group sent as many as 40 to 50 volunteers to do work that included landscaping and building a play area in addition to building shelving.

“He’s a hands-on guy,” she said. “He moved here from (El Dorado) and said he needed to be involved. He’s put his expertise to use, makes meetings and gets involved in our events.”

Nehlig said he’s proud to work for TPC Group, which encourages employees to get involved in the community. He said the company’s senior leadership is “passionate” about working with United Way.

Nehlig grew up in an Air Force family and lived in various places around the world before earning his engineering degree at Mississippi State. He and his wife live in Beaumont and have three children.