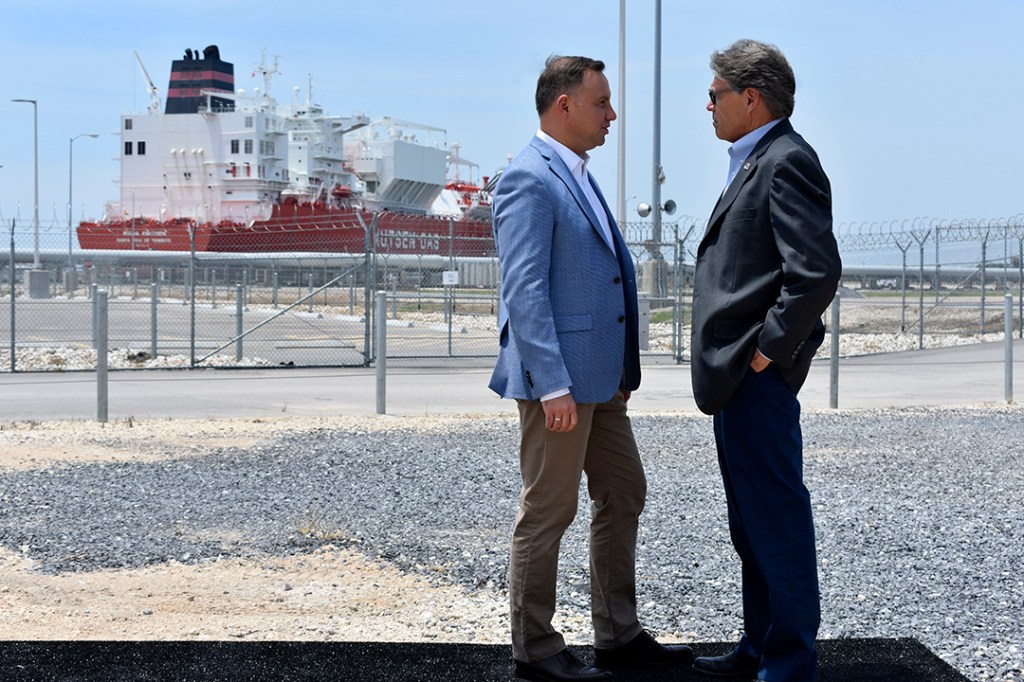 CAMERON PARISH, Louisiana — Poland’s President Andrzej Duda stood at a podium at Cheniere’s Sabine Pass Terminal in Louisiana in what he called a very symbolic, important moment on Friday.

Feet away from him was U.S. Secretary of Energy Rick Perry. The two men had previously held a bilateral meeting to discuss opportunities to bolster U.S.-Poland energy cooperation. Then this past year Poland signed contracts worth about $25 billion with U.S. firms to buy more than 6 billion cubic meters of American liquefied natural gas, and this week another contract was signed for an additional 2 billion cubic meters worth about $8 billion, according to information from Cheniere.

Duda spoke of giving an open window to the world thanks to the Cheneire terminal, and they will be able to import gas supplies from across the globe including from the U.S. 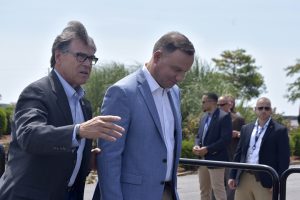 Perry made a verbal nod to the strained relationship between the US. and other parts of the world.

“This facility is emblematic and this is a very exciting time in the new American energy era,” Perry said. “It’s allowing us to provide consumers with a greater choice, more efficiency, more affordability. It’s a clear signal of the importance of American natural gas in the global market and how it can be a force for good to support our allies and limit the ability of bad actors to leverage energy for political manipulation.”

Perry said the Cheniere site is where the LNG renaissance era began.

The backdrop behind the men included the Knutsen OAS ship that just returned from making a delivery of LNG to Jamaica and was back to get a load of product to bring to Spain, Jenna Palfry, Cheniere manager of communications, said.

Last month Cheniere announced its intent to build a sixth liquefaction train at the Sabine Pass.