ANALYSIS — The Texas legislative session’s over. Now, all lawmakers have to do is sell it to voters. 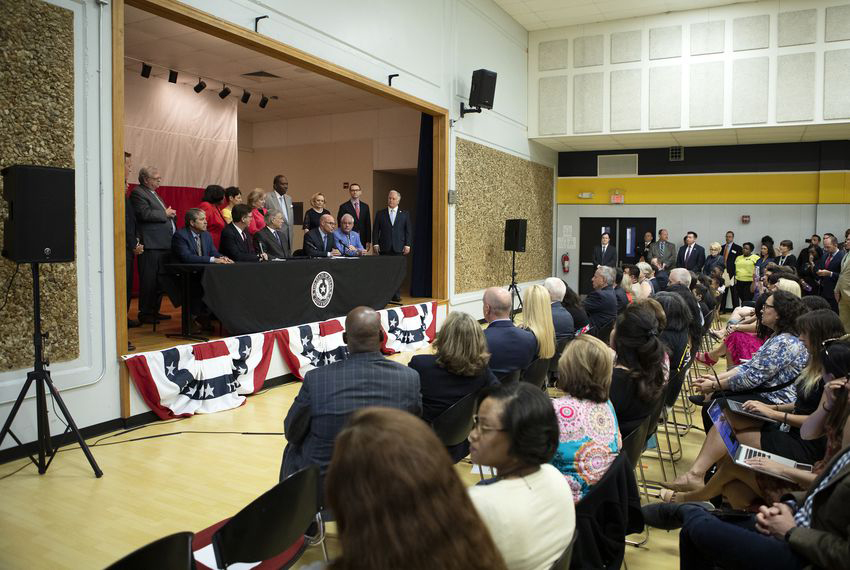 The real end of the Texas Legislature’s work this year comes on Father’s Day, the deadline for Gov. Greg Abbott to decide which bills passed during the 140-day regular session should become law.

He signs the ones he likes, vetoes the bills he doesn’t and lets the rest of them become law without his signature on them.

After that, all that’s left is the storytelling. What will they list as wins and losses? Challengers will talk about incumbents’ failures. Incumbents will crow about their successes. And all of them will be fighting for attention in a presidential election year that promises to shape every race on every ballot in every state.

Whatever is going on in that contest at the beginning of 2020 could have more influence on Texas’ Democratic and Republican primaries in March than anything the candidates are doing. That’s just the way things go.

But local issues still matter. The Legislature’s efforts to subdue property taxes were a direct response to voter ire at those levies. Lawmakers put real changes in place, requiring voter approval of larger property tax revenue increases (the trigger is a 2.5% hike for school districts, 3.5% for cities and counties), some new disclosures that are supposed to give property owners more information about their appraisals and their taxes, and — maybe — some cuts in school property taxes.

In this political season, the incumbents will try to make those sound like fantastic improvements and, for some voters, that might be true. But efforts to cut property taxes have face-planted before, and it’s dangerous to promise voters a gift that never gets delivered. The Legislature effectively lowered local school property tax rates in 2006, but increases in school budgets and property values ate up the benefits.

Lawmakers who had promised average tax cuts of $2,000 — looking at you, former Gov. Rick Perry — were stuck explaining why Santa Claus showed up with an empty bag that year.

This year’s school finance legislation is designed to push school districts’ maintenance and operations taxes down, to push more state money into a system that currently relies on local property taxes for 64% of its money, and to “compress” local tax rates as property values rise — a mechanism that supporters say will work to restrain property tax increases in the future.

That’s government stuff. The political conversation is more likely to be about property tax cuts, whether the Legislature delivered them and whether any cuts are big enough to make property-owning voters happy.

One big priority of the top state officials — the school finance and education bill — starts as a win for them. They got what they wanted. Bumper stickers, however, are made from little details. The legislation puts more state money into public schools, contains that property tax cut mentioned above, pays for prekindergarten for low-income students, raises pay and benefits for experienced teachers, and spends more than $11 billion over the next two years.

It also helped drive up the cost of the biggest budget in the state’s history, a $250.7 billion spending plan that is 15.7% bigger than the budget Abbott signed two years ago.

That budget offers a peek into how to tell stories. If you include the $9.9 billion that was added this year to the budget approved two years ago — via what’s known as the supplemental budget — then the increase in spending is only 10.7%. You can make it sound even smaller if you massage the numbers some more. But all of the growth numbers are bigger than what the state now allows for local governments, and unlike those local governments, state lawmakers don’t have to ask voters for permission.

In this election season, some storytellers will say the state is doing many great things for a burgeoning population, educating the Texas adults of the future, building them roads and providing a criminal justice system and a social safety net to keep them safe.

Some storytellers are going to weave tales of higher spending and rising taxes and failed efforts to leash the public sector’s incursions into private lives and enterprises.

Still others will say the priorities of this group of lawmakers is all wrong and calls for a clean start.

Some of their tales will move voters, who’ll register their opinions in the March primaries and the November general election next year. And if this democracy works like it’s supposed to, those voters will give the storytellers — the new ones and the incumbents alike — some instructions for the stories they want to hear next time around.