Moving forward, looking back: Jehlen reflects on career in education 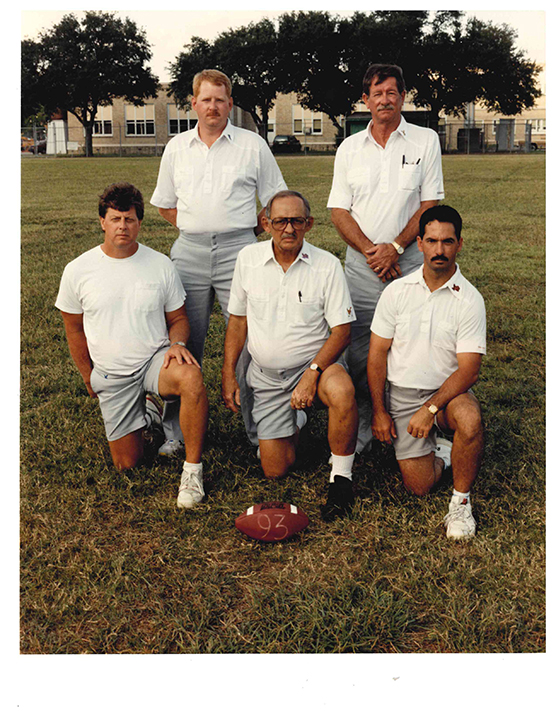 NEDERLAND — After 42 years of working in public education, Charlie Jehlen is retiring. The former principal of Nederland’s Central Middle School said he will miss teaching and that his job is never truly done. Jehlen told teachers and administrators in the district that his number will not change. In fact, he has personalized ringtones for everyone in his phone. 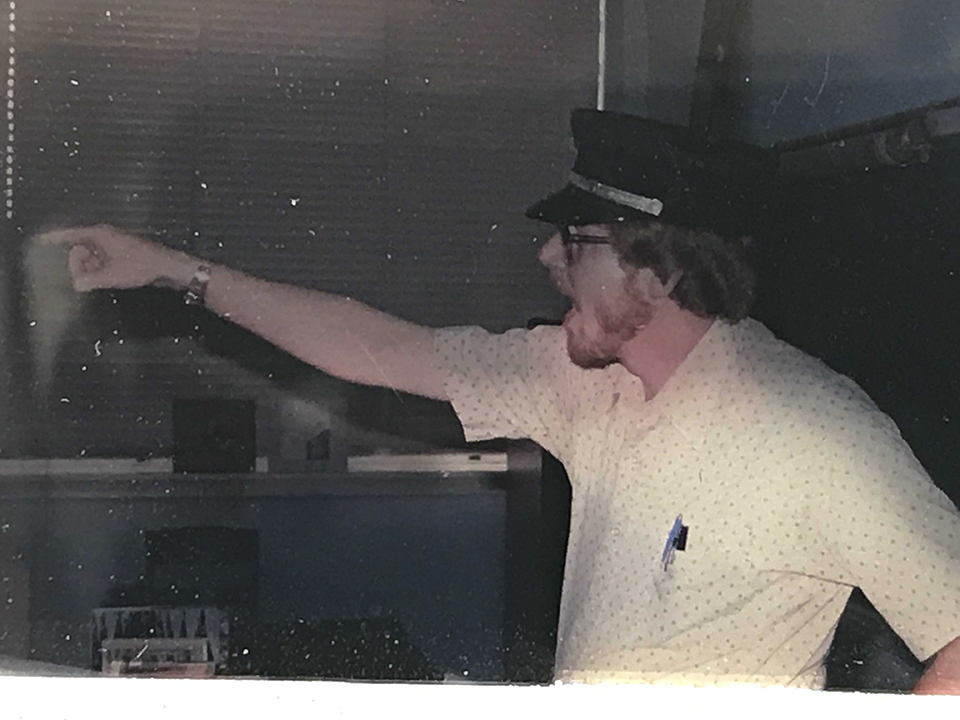 Jehlen’s career in education began when he jumped on as a substitute teacher at Edison Junior High School in 1977.

“I was managing a Pizza Inn in Orange,” he said. “That was one of my side jobs between radio and Pizza Inn. When I graduated in August, I was a manager and making pretty good money so I didn’t just jump right into education. After about a month or so I realized that this isn’t what I wanted to do with my life.”

A fortuitous set of circumstances put Jehlen’s career in motion.

“As I was getting ready to leave and telling everyone thank you, another teacher was getting married and moving away,” he said. “I went from ninth grade history to seventh grade social studies. I was under contract at age 20.”

Jehlen said he has since looked back at his pay stubs and saw he was making close to $6,000 a year.

Before his senior year in high school, Jehlen’s parents moved to Warren and still lived there while he and his father held jobs in Beaumont and Port Arthur. 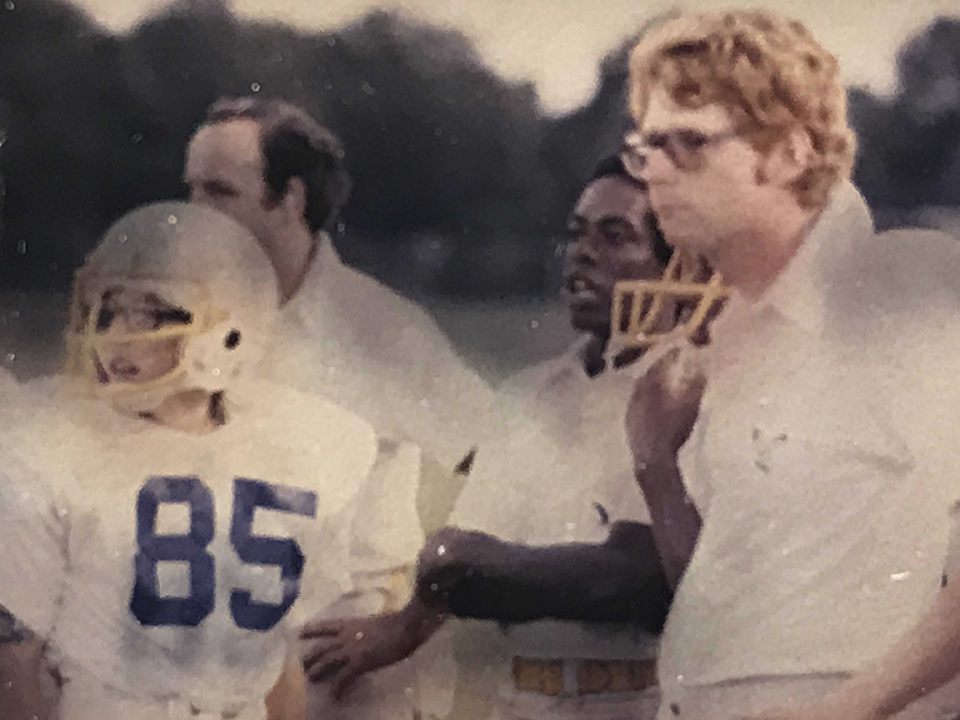 In his third, year he took on a coaching job.

“I was asked to coach basketball and football,” he said. “I was so low on the totem poll. That was before ‘No pass, no play.’ All a kid had to do to play was have a passing grade overall. That means the failing grade in math could be balanced out by the 100 in athletics. Our teams were huge. The first team I coached was a seventh-grade C team. These were the guys I had to teach to put on the pads so they wouldn’t hurt themselves, which was probably appropriate for me, but it was so much fun.”

For the 1986-1987 school year, Jehlen moved over to Woodrow Wilson to teach in the SUMMIT program.

“It was a magnet program Port Arthur ISD set up to attract majority to minority transfers,” he said. “It was designed to get non-black kids over to the west side. You would go over to these magnet programs and get extra grade points, which would help on scholarship points. When I walked in, I had two Apple II computers. This was back when Apple first started. I remember how excited we were when we got an Apple II+, because we were at 64KB and had two floppy drives. We didn’t know what to do.” 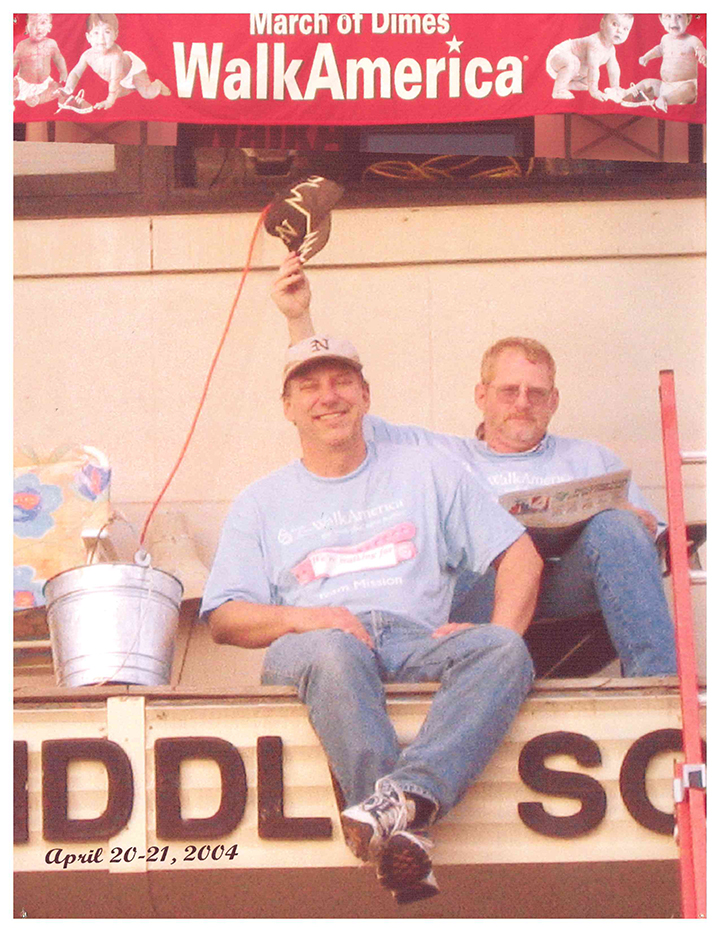 Charlie Jehlen at the March of Dimes with Dale LeBlanc. (Special to The News)

‘I believe in public education’

Jehlen finished up his master’s degree in history, and he said his desire was to teach middle school social studies.

“It was my love and it is what I truly enjoyed,” he said. “However, I had a growing family. We had our first two kids in the late ’80s. I was looking at what else I could do to increase income. I went back to coaching at Edison in ’92. I began taking administrative classes at Lamar University.”

Jehlen credits one of his professors, Bob Thompson, as a gatekeeper for being an administrator in the area.

“If he liked you and you did well in his class, then you had the gumption and the grit to go on to the next level,” Jehlen said. “You could go on to the classes after that. If you didn’t like what he was telling you, you probably weren’t going to be a good administrator. He’s still doing it. He is part of the superintendent search committee for most areas.”

Jehlen said Thompson always said to put the best teachers with the most challenging students.

“You don’t let your good people ride,” Jehlen said. “You put them in a position where they can have the most impact on the kids that need the most help. I looked at what I was doing at SUMMIT, and I had a bird’s nest on the ground. I had great kids and great support, lots of money to spend on classroom stuff, but I considered myself to be a pretty good teacher.”

In 1994, Jehlen was promoted to assistant principal at Stephen F. Austin Middle School, which was the school he attended as a student.

“Eddie Fowler was the principal at Stephen F.,” Jehlen said. “I learned so much from him on what it takes to be a good administrator. There was a female assistant principal, Dr. Emma Gene Rowry. Between the two of them, they taught me a lot. When I made a mistake, they would criticize me in public and help me learn from it.”

Jehlen said it was odd appraising some of his former teachers.

“One things I like about middle school is I can walk into any classroom and teach,” he said. “I know the curriculum. I can teach it. When I went in to appraise my former math teacher, Mr. Rose, He told me ‘Charlie you had trouble with this the first time you were here’ — and he was right.” 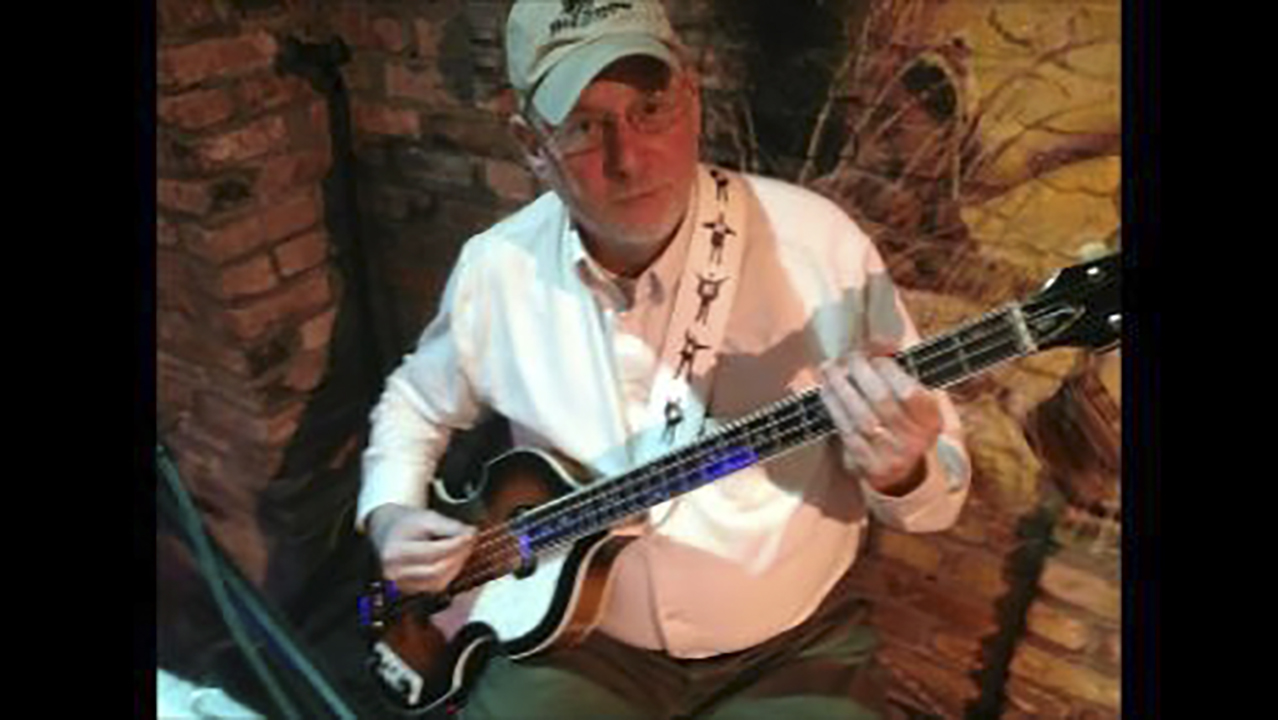 Charlie Jehlen plays his bass guitar. (Special to The News)

‘My fall semester is planned’

Jehlen said he will not be bored in retirement.

“Inside me I have two books I’m going to be writing,” he said. “I want to give people an idea of what it’s like to be in public education in a time when you are blamed for everything.”

Jehlen said the book is set in Port Arthur in an alternate history.

“It came to me in a dream,” he said. “If I had awakened and had a recorder I could’ve had the whole thing. It came to me in a movie form. I’ve been challenged to get one book out in the first three years and I haven’t decided which one it is going to be.”

One might also find Jehlen plucking the strings on his bass guitar while performing with his rock band Center Stage.

“It’s a bunch of educators that would go out,” he said. “We had a regular gig at Café Del Rio. We’re one of those groups where if you feed us, we’ll show up. Forget about the money, we play for therapy.”

Jehlen said his daughter is a planner for Disney World and wants him to make his first trip there this year. He said his son wants him to go with him to the Renaissance Festival.

“One of my best friends and my war game buddy is about to retire from Port Neches-Groves as a history teacher,” he said. “He and I are going to the National Board Gaming Championship. We’re going to see how well we can do against people who do these things for a living. You lay out maps, move pieces of cardboard box around and you roll dice to resolve combat. It’s a tremendous hobby. Between all of that, my fall semester is planned.” 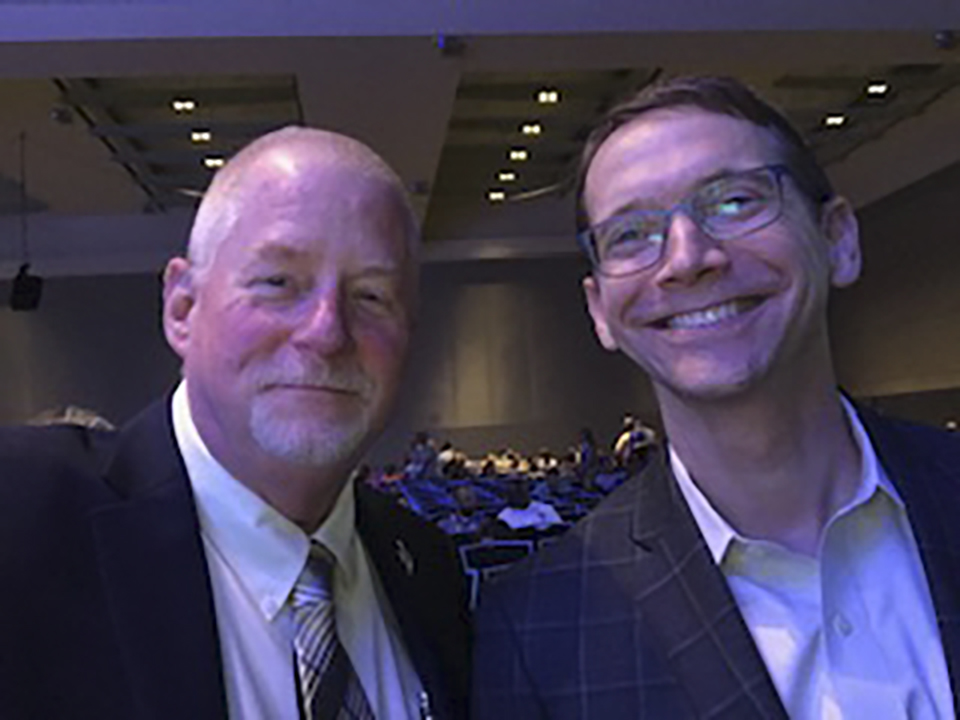 Even though he is retiring, Jehlen still has a heart for both students and the plights of those tasked with educating them.

“I think schools are being asked to do what parents aren’t doing,” he said. “We’re having to teach kids how to behave in public before we can teach them. To a large extent, that is slowing us down from teaching them the core curriculum. Public education is doing a much better job of feeding the kids. I do think the federal government has done a good job of helping with that.”

Jehlen said middle school should be a safe place for children to explore the world and themselves. He said he feels an administrator’s job is to see what challenges are coming before they arrive.

“Nederland has know for years we were getting an influx of English learners,” he said. “We had a bilingual program start under my friend at Hillcrest five years ago. It went up one year and this year it got up to our sixth grade. We’ve known for six years that we are going to have a bilingual program.

“Bilingual is a phenomenal program because when they fully implement it, you’re going to take non-English speakers and your gifted and talented kids and put them in the same class. They are going to teach each other language.”

Jehlen became emotional. “At the end of the year, you are going to have two groups of kids that are not only good friends, but they are bilingual — I’m going to miss it. You prepare for things and you work with kids. You give them a chance. You hear their dreams and you try to help them work for them. It is a tremendously satisfying job.”