Dallas transgender community on edge in midst of violent attacks 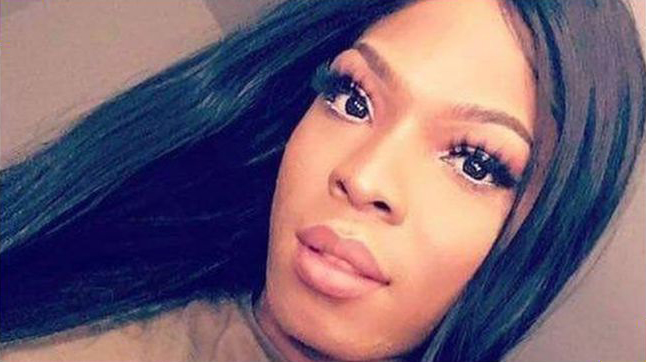 In late May, hundreds of mourners packed a church in the heart of the Dallas LGBTQ community to remember the life of Muhlaysia Booker. The transgender 22-year-old was shot and killed in May, her body found on a street in Far East Dallas.

Her death came just a month after she was brutally beaten in an incident that was captured on cellphone video that went viral on social media.

Those who knew Booker said she was unapologetic about being transgender — about being herself.

Jazmine Bandz, a black trans woman who was close to Booker, had a message for those who gathered.

“I just ask our community, whether it’s the black community, the human community, the aliens, and whoever else is here,” she said as the crowd laughed. “If you see somebody trans, do not make it hard for them because we already live a life full of pain.”

Booker’s death is just one of a string of killings and violent attacks on black transgender women in Dallas.

Last fall, 29-year-old Brittany White was found shot to death in a car in southeast Dallas. And on June 1, the body of 26-year-old Chynal Lindsey was pulled from White Rock Lake.

They join a list of other transgender women who have been killed in North Texas in years past.

Many of these cases are still open. In 2013, 34-year-old Artegus Madden was found shot in her home in Savaannah, a small town east of Denton. In 2015, 22-year-old Shade Schuler was found shot to death.

Transgender people in Dallas say this violence is scary, but they’re trying not to live in fear. Naomi Green, a black transgender woman, helped lead the support effort for Booker following the filmed attack in April.

“Silence is agreeance,” Green said. “I’m always outspoken and speaking the truth. I don’t fear what can come of all of this. I continue to live my life every day.”

Dallas police say they’re looking into possible connections between the recent killings, as well as a non-fatal stabbing of a 26-year-old transgender woman in April.

At a press conference this week, Dallas Police chief U. Renee Hall said the department reached out to the FBI and is asking the community to come forward with any information.

Bandz, who spoke at Booker’s funeral, asked Hall at the conference about the recent violence. “What are we going to do to … stop the violence against people like me?”

Hall answered: “That’s our goal: to provide safety to each and every person in the community.”

The average life expectancy for a transgender woman of color is the early 30s.

Kirk Myers is founder of Abounding Prosperity, a Dallas nonprofit that addresses economic and social disparities facing African-Americans, with an emphasis on the black LGBTQ community. He said the statistics are unacceptable, more so considering the role that trans women of color have played in LGBTQ history.

“A lot of the larger LGBTQ community is enjoying the benefits of the struggles of trans women,” Myers said. “It is unfortunate that today trans women are, in some regards, no further along than they were then… in most regards.”

Transgender people face many hurdles. They often aren’t accepted by their families. The suicide rate is disproportionately high, and they face marginalization and employment discrimination. The Human Rights Campaign estimates that the unemployment rate among transgender people is three times that of the general population. And, more than 1 in 3 report living in poverty.

In addition to already existing homophobia and transphobia, there has been legislation proposed at both the state and federal level targeting transgender people, such as so-called “bathroom bills” and the military ban. Many transgender people also face harassment and abuse from law enforcement.

All of these circumstances push many trans women into sex work to survive.

“You are dealing with the stigma and the transphobia and homophobia,” Naomi Green, who also works at Abounding Prosperity, said. “… and if you don’t have a legal name change, it’s hard to get a job, or you can’t get a job. Honestly even, they refuse to provide services just because you’re trans.”

Leslie McMurray is transgender education and advocacy coordinator at the Resource Center, an LGBTQ organization in Dallas. She’s also trans.

“We have to offer black trans women something better than sex work to get by, ” she said. “Because they deserve more than that, they deserve equal opportunity, equal employment, they should be able to work as administrative assistants, and airline pilots, and physician assistants, and anything that their time and talent will take them to do.”

Careers that transgender women like Brittany White, Muhlaysia Booker and Chynal Lindsey didn’t have the chance to pursue.

Editor’s note: This story was originally published by KERA News.