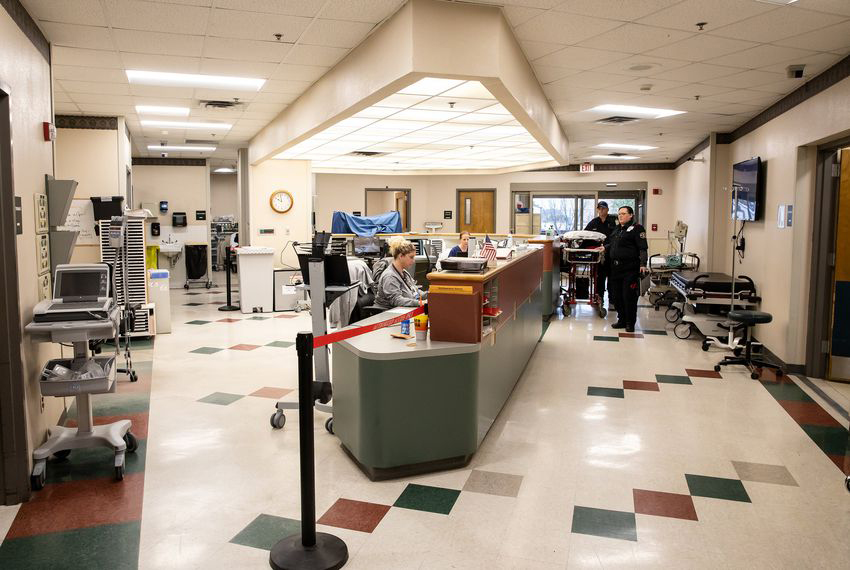 A freestanding emergency room provides 24-hour acute care in the Mueller neighborhood of Austin on July 10, 2017. (Gary Rhodes for The Texas Tribune)

Ten years ago, Texas became the first state to allow licenses for independent freestanding emergency rooms. Since then, just over 200 have opened their doors around Texas, according to state data. The facilities go by names like First Choice Emergency Room and Legacy Emergency Room. They resemble urgent care clinics but some regularly charge hospital emergency room prices.

State lawmakers considered several bills this session aimed at addressing complaints that some freestanding emergency rooms overcharge patients and are not clear with consumers regarding pricing or insurance coverage.

One bill awaiting action by the governor will require freestanding emergency rooms to clearly disclose the in-network health plans they accept and the fees patients may be charged.

Freestanding emergency rooms are already required to display the health plans they accept on signs around the facility, per state legislation passed in 2017. However, some say the signs can be confusing and include logos of health plans that the facility doesn’t accept. When state Rep. Tom Oliverson R-Cypress, laid out his bill in the House Public Health committee, he said he had trouble on a recent visit to a freestanding emergency room, where the staff initially told him they took his insurance. A few minutes later, they let him know the facility was out-of-network with his health plan and his visit wouldn’t be covered.

“In an emergency situation, patients should not be expected to have previously researched and figured out if a facility is in-network,” Oliverson said. “We think that this information should be provided upfront in an unambiguous format.”

Oliverson said his bill, House Bill 2041, requires a freestanding emergency rooms to give patients a printed-out disclosure in English and Spanish that lists the in-network health plans and the average price a patient may be charged for a procedure, including facility fees. Patients can choose whether to sign it. Under the bill, freestanding emergency rooms will also be barred from advertising that it “takes” or “accepts” certain insurers or health plans if the facility is not an in-network provider.

“We sometimes get caught into that battle because the public just sees the word, ‘freestanding ER’ and assumes it’s us,” Sandel said. “And so we made it very clear this legislative session. Every bill that was out there, if you were going to legislate the independent freestanding ER, then you must legislate the hospital-based freestanding ER.”

Critics of the bill were also concerned that the disclosure could lead to patients not going through with life-saving treatments because of the potential cost. Sandel said it’s still a concern, but disclosures can be given after the procedure and there’s no penalty if patients choose not to sign it.

Mark Hollis, a spokesperson for AARP Texas said the organization has been concerned about the effect of surprise medical bills – many of which come from freestanding emergency rooms. He said the bills that passed through the Legislature will protect Texans from “unexpected and exuberant charges” and make it clearer to consumers if a freestanding emergency room is in network.

Oliverson’s bill also adds freestanding emergency rooms to a list of state healthcare facilities that have to report data to the Texas Department of State Health Services such as how much patients are charged and how many patients are insured. The reporting is dependent on funding from the Legislature, which set aside over $800,000 for data collection in its next two-year budget.

Lawmakers also took up the alleged issue of “price gouging” at freestanding emergency rooms. House Bill 1941 by state Rep. Dade Phelan, R-Beaumont, will allow the Texas attorney general to take action against freestanding emergency rooms that charge “unconscionable” rates, which the bill defines as prices that are 200% more than the average hospital charge for a similar treatment.

Phelan said the bill would go after the “bad actors” in the freestanding emergency room field that take advantage of Texans in dire situations.

“As the number of freestanding ERs have increased in Texas, the complaints from constituents about charges have also increased,” Phelan said at a hearing of the House Business and Industry Committee in April. “Many consumers face large bills from freestanding emergency rooms and certain facilities must be held accountable.”

The bill initially received pushback by some who argued the 200% threshold wasn’t restrictive enough. Phelan said he had to set the bar somewhere. It passed through the House unanimously and the Senate in a 30-1 vote. State Sen. Charles Schwertner, R-Georgetown was the only senator to vote against it.

Both bills are now awaiting action by the governor, who can sign them, veto them or let them become law without his signature. If neither bill is vetoed, they will take effect September 1.

However, not all bills regulating freestanding emergency rooms made it across the finish line. House Bill 1832 by state Rep. Julie Johnson D-Carrollton, sailed out of the House but died in the Senate. It would have prevented insurance companies from retroactively determining an emergency procedure does not qualify as an emergency and could result in surprise medical bills.

Sandel, board president of TAFEC, said the bill would have created “much-needed patient protections.”

“There is more work ahead to ensure patient access to ER care without health plan interference,” Sandel said. “We remain committed to that work.”

But the insurance industry, which opposed the bill, viewed it as making it easier for freestanding emergency rooms to overcharge for simple services.

Jamie Dudensing, head of the Texas Association of Health Plans, said the bills passed this session will allow consumers to make better decisions for themselves.

“These facilities have demonstrated a clear pattern of withholding important information or lying to patients regarding their network status, then price-gouging them for astronomical amounts after providing care,” Dudensing said in a statement. “We applaud the Texas Legislature for holding freestanding ERs accountable and equipping consumers with the information they need to make better decisions for themselves and their families.”