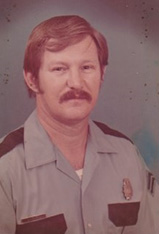 He joined the Navy in May of 1955 and again in July of 1965 where he was a Navy Airman serving in Viet Nam. During his tour of duty he was awarded the National Defense Service Medal, Republic of Viet Nam Campaign Medal and the Vietnam Service Medal with the Bronze Star.

Asa worked for a short time as a mail carrier in Beaumont before applying to the Beaumont Police Department. He was one of the first motorcycle officers on the department.

In 1969, he transferred to the El Paso Police Department where he was a patrol officer until being promoted to the position of Detective. While working fulltime as a police officer he also attended the University of Texas at El Paso where he earned his Bachelor of Science degree in Criminal Justice. He also went to the FBI Academy in Quantico, VA.  where he studied Forensics and Crime Scene Studies and Crime Scene Search and Seizure. He then became an instructor at the Police Academy in El Paso.

He earned his Polygraph Examiners License in 1983 while still employed with E.P.P.D. After retiring he started his own Polygraph business.

Revco Drug Stores then recruited him and he moved to Arlington, Texas and worked 7 states until he retired.

Asa was a member of Mt. View Baptist Church in El Paso and a Master Mason of Five Points Lodge #1137.

A Memorial Service with Military Honors will be held at 1:00 p.m., Thursday, June 6, 2019 at Levingston Funeral Home in Port Neches. A visitation for family and friends will be before the service beginning at 12:00 noon.

Asa was preceded in death by his parents and brother, Bill Tatum.

Heaven now has a guitar picking, heavenly voice singing and dancing Angel at the right hand of God. He will be Greatly missed by all!