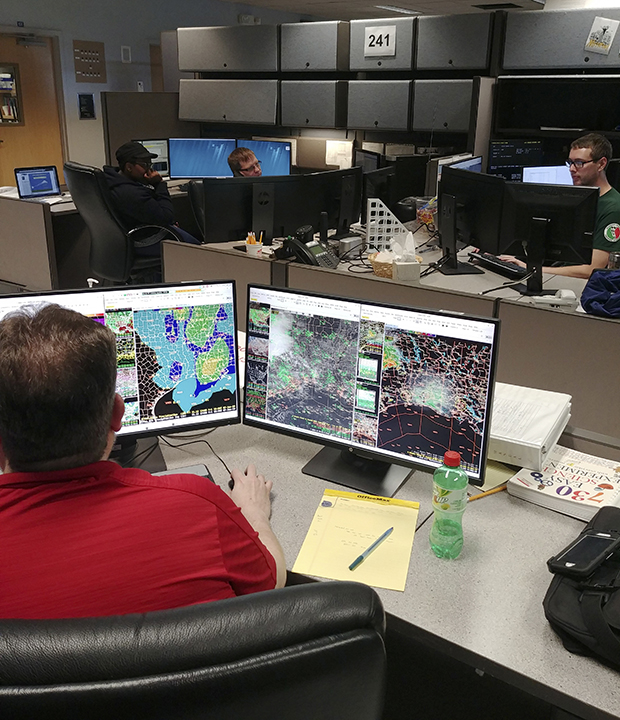 The National Oceanic and Atmospheric Administration is predicting a near normal Atlantic hurricane season this year.

A lot of factors go into the prediction, forecasters say, including a weak El Nino pattern which is a combination of warmer-than-average sea surface temperatures in the tropical Atlantic Ocean and Caribbean Sea and a enhanced west African monsoon, according to NOAA’s website.

While the season is just beginning there has already been a subtropical storm, Andrea. The storm popped up south of Bermuda, then quickly weakened and dissipated.

Roger Erickson, warning coordination meteorologist with the National Weather Service-Lake Charles said this area is a common place for weak systems to develop at this time of the year. In fact, there is currently an area of low pressure over the Yucatan Peninsula predicted to move westward over the Bay of Campeche during the weekend. The National Hurricane Center gives this a 20 percent chance for tropical development.

The Insurance Council of Texas advises homeowners to be prepared now and not wait until the peak of the season, which is usually in September. Hurricanes can and do form earlier — “In June 2001, Tropical Storm Allison came ashore and stalled over Houston, dropping 40 inches of rain resulting in floodwaters that submerged thousands of homes and caused major damage to the Texas Medical Center and downtown businesses” — according to information from the Insurance Council.

The hurricane season lasts from June 1 to Nov. 30.

Here are a few tips:

See also: EDITORIAL — Protect you, loved ones from hurricanes’ fury