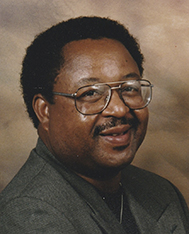 Mr. Frederick Washington Johnson, 66, of Port Arthur, Texas, departed this life peacefully at home Saturday.  He was a lifelong resident of Port Arthur Texas and retired from Invista-Orange. He previously ran for mayor and served on the Pleasure Island Commission. One of his pleasures was to serve as president of the Port Arthur American Little League while his surviving son, Frederick, Jr, played in the league. Also surviving him is his wife, Earthell Paul-Branch Johnson. He leaves to mourn a special relative, Sonya Daniels Allen, grandchildren, siblings and a host of relatives and friends.

A graveside service is scheduled at 11:00 a.m. on Friday at Greenlawn Cemetery under the direction of Gabriel Funeral Home.