The Texas Rangers are set to play their first regular-season game at new Globe Life Field on Tuesday, March 31, against the Los Angeles Angels, according to a draft of the 2020 preliminary schedule obtained by The Associated Press.

Texas starts the season at Seattle with a weekend series before heading home, according to the preliminary schedule, which is tentative and subject to change.

Globe Life Field, with a capacity of about 40,000, is being built in Arlington, across the street from Globe Life Park, the Rangers’ home since 1994. It will be the first new stadium in the major leagues since the Atlanta Braves’ SunTrust Park opened in 2017 and the seventh with a retractable roof. There is one fixed-roof venue, Tampa Bay’s Tropicana Field.

Texas announced on May 17 that the first game against a big league opponent at the new ballpark will be an exhibition against the St. Louis Cardinals on March 23. 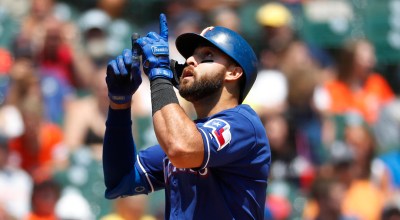