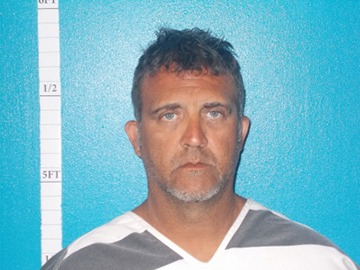 A 45-year-old transient from Kentucky was being held on $4 million in bonds Tuesday after an assault on a Sour Lake police officer.

The Texas Department of Public Safety Highway Patrol apprehended Pruitt at daylight Tuesday near the 6400 block of Highway 326 in Kountze. The Texas Rangers will continue to be the lead agency in the investigation with support from the Hardin County Sheriff’s Office and Sour Lake Police Department.

“We do not suspect any other persons involved at this time. We want to notify the area residents that they may resume their normal activities in that area. We thank them for their tips and support doing this dangerous situation,” Hardin County Sheriff Mark Davis said in a news release.

“Please continue to keep the injured Sour Lake officer in your thoughts and prayers. He is in very critical, but stable condition and will undergo numerous surgeries in the coming hours and days.”

McKeon, 59, is a four-year veteran of the Sour lake Police Department.

On Monday night, the Hardin County Sheriff’s Office got a call of a suspicious person hanging around a convenience store at Highway 326 and Highway 105. Not long after came a call from the clerk that said the officer was in need of assistance and had head injuries, according to news media reports.

After reportedly assaulting the officer, the suspect took his patrol car that he abandoned before fleeing into a wooded area. Law enforcement asked residents there to stay inside their homes and lock their doors.

McKeon’s family members have been giving updates on their Facebook pages, which described the attack. The officer was sedated and in the intensive care unit of a hospital, on a ventilator and intubated to keep his airway open.

In addition, he has multiple facial fractures and a neck fracture.

A number of other agencies responded to the incident, including Jefferson County Sheriff’s Office. JSCO Capt. Crystal Holmes said Sour Lake is located at the Hardin County line and JSCO had several deputies near the area when the call for help was issued.

Officers responded with a K9 unit and a helicopter to assist the search.

Holmes said she visited the hospital where McKeon was taken Monday night and confirmed the seriousness of his injuries and spoke about the bond law enforcement officers share, especially during such times.