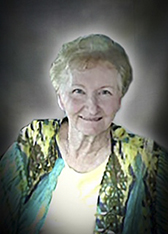 Dolores Anna King 76 of Groves, Texas passed away from this life on May 26th 2019 at Golden Years in Orange, Texas. She was born May 23, 1943 to John Besse Sr and Eunice Rabeaux Besse in New Orleans, La. Dolores was preceded in death by her parents, nephew Jeremy Jackson, her father in law &mother in law Johnson & Johanna King & brother in law Paul King.

Dolores graduated from Thomas Jefferson High School in 1963. She was a member of St. Henry’s Church.

Dolores loved going to Las Vegas, Lake Charles and playing her video games. Her favorite thing was watching and going to watch Nascar, visiting Talladega and Bristol on multiple occasions.

A Mass of Christian Burial will be held at 10:00 a.m., Thursday, May 30, 2019 at St. Henry Catholic Church in Bridge City with Reverend Steve Leger officiating. Burial will follow in Oak Bluff Memorial Park.

In lieu of flowers request donations be made to M.D. Anderson and Parkinson Foundation.

Special Thanks to Golden Years for their care.