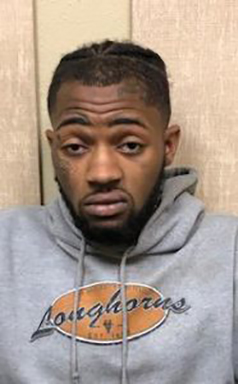 BEAUMONT — A Port Arthur man is charged with killing a man while trying to rob him outside a Beaumont motel early Friday morning.

Beaumont police were called around 6 a.m. to Days Inn in the 2100 block of North Street in reference to gunshots and when they arrived they found a deceased Hispanic man, later identified as Jose Manuel Valles-Santos, 27, of Houston, and a wrecked vehicle.

Officers found the stolen vehicle at St. Helena and Gill and a man matching the suspect description was seen walking away from the truck. He reportedly had a gun in his hand and ran from officers; threw the gun while fleeing and officers caught him near Leight and St. Helena.

The suspect was identified as De’marcus Micah Williams, 19, of Port Arthur. He has been charged with capital murder.