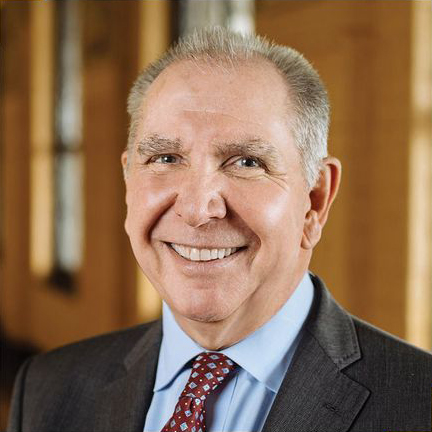 When Texas A&M University President Michael Young’s employment contract expires next April, he will not receive a renewal. Instead, he will join the system’s remaining campus heads in relying on annual appointment letters and system policy to govern the terms of his employment at the College Station-based campus.

Young, who was appointed A&M president in 2015, currently has a five-year agreement with the system that guarantees him $1 million in annual pay. The terms were expected to be renewed for an additional five years unless Young or System officials indicated otherwise before April 30, 2019.

In an April 16 letter, A&M System Chancellor John Sharp explained that Young’s contract would not be renewed, and stressed it was “in no way a reflection” of his performance as president.

“We look forward to your continued service as our president,” Sharp added.

A graduate of Harvard Law School, Young was the highest-compensated president in Texas in 2017 and among the top dozen nationwide, according to a ranking compiled by the Chronicle of Higher Education.

Young said in a statement that he loves being part of the university and is excited “about its trajectory of success.”

“As an administrator and employer, I understand and appreciate the need for consistency in the format of appointment letters among presidents throughout the A&M system. It is the right path,” he said. “The Chancellor’s strong words of support help motivate me further to lead A&M and build on the remarkable achievements of our faculty, staff, students and former students.”

Young’s contract, signed in March 2015, guarantees he will receive his base salary if he is fired by the system without cause before the five-year term is complete. The amount paid by A&M would be offset by outside compensation Young receives during that period, and he must make a reasonable effort to find a new job, the contract states.

Young can likely assume a tenured faculty position at the institution after serving as its president, as other campus leaders with tenure have. The classification guarantees certain job protections, including an assurance of continued work in the academic role unless “dismissed for good cause,” according to A&M System rules.

One of Young’s predecessors, Elsa Murano, resigned as A&M president amid turmoil and returned to working as a faculty member a decade ago. Another, R. Bowen Loftin, left his position with a transition agreement worth $850,000, and later took a position at the University of Missouri.

Other higher education institution systems in Texas have different employment practices. Presidents of Texas Tech University System schools all have fixed-term contracts, according to a system spokesman. The chancellor of the system simultaneously serves as a campus president.

At the Texas State University System, presidents do not have employment contracts; the chancellor does.

And presidents at the University of Texas System’s academic institutions serve without fixed terms, according to system rules. The chancellor, J.B. Milliken, similarly has an agreement that lists a start date but says he will work “at the pleasure of the board.”

Milliken’s predecessor, Bill McRaven, was the first UT System chancellor to have a contract. A system spokeswoman said at the time it was offered to “to secure his appointment following his retirement from the U.S. Navy.”

The agreement was not renewed at the end of 2017 and he worked without a written employment contract for the remainder of his term.

Sharp, a former state lawmaker who has served as A&M chancellor since 2011, does have a contract with the system. He received a 3-year extension in 2017, three years before the agreement was set to expire.