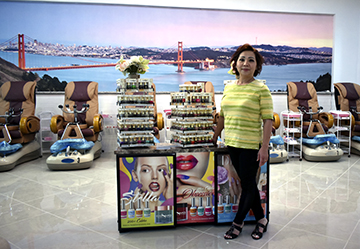 To say that Maryann Nguyen has achieved the “American dream” might be an understatement.

On Saturday from 10 a.m. to noon, Nguyen will hold the grand opening of her own shop, Maryann Nails and Luxury Spa located at 3920 Gulfway Drive. There will be food, dragon dancers and more.

Nguyen started 32 years ago with a small shop on Jefferson Drive, then later moved to one in Tat Plaza, just down the road on Gulfway Drive. She and her husband Kheim “Tony” Nguyen, a shrimper, have worked hard providing for their five children — all now grown, and becoming successful. 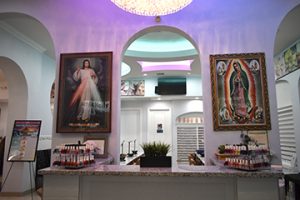 A scene inside the nail salon.
Mary Meaux/The News

After decades in the business, Maryann Nguyen knows nails and knows what her customers want.
“Whoever has spent 32 years with me I want to thank them,” Nguyen said. “I do this nail shop pretty much to serve all of my loyal customers.”

The interior reflects its name — luxurious. There is a counter where spa clients can sip wine, numerous nail stations, manicure and pedicure chairs and massage room. The business also does bikini wax, permanent makeup tattoo, eyelash extensions and eyebrow threading.

There are automatic drying stations set up around the shop and wall-sized photos of tranquil scenes, ornate chandeliers and lighting and posters announcing the Volcano Spa Pedicure — “feel the eruption” that features different scents for relaxation and de-stressing. 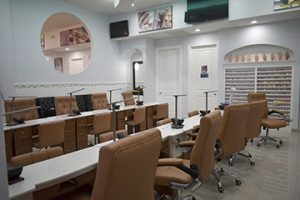 A scene inside the nail salon.
Mary Meaux/The News

Lela Coleman, a new customer, had just heard of Maryann Nails and said she did a wonderful job, adding she will continue to be a customer.

Nguyen also owns the adjacent shop, Rai’s Bakery and Sandwich, run by one of her sons, who is a pastry chef.

The Nguyens’ success can be told by going back in time — the family was the focus of one of several stories on the “Fall of Saigon Flight to Freedom” by The Port Arthur News in spring 2005. 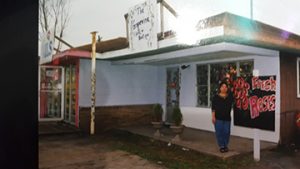 In the story, Maryann recalled how, at age 11, she ran past dead bodies as bombs exploded overhead and communist soldiers searched her village in Vietnam.

There was no freedom and she did not have the opportunity to attend school; instead she learned to read and write by sneaking peeks into school room windows and used a piece of charcoal to mimic what was written on the chalkboard, according to the archive story.

At 16, in the dark of night, she dressed as a male fisherman and boarded a boat with 18 other people, mostly family, and fled the country. There was no food or water and they were near death when a Korean boat came by and gave them food and water. She later moved from camp to camp and her journey to America took more than a year in all.

Tony Nguyen left the country because he did not want to become a communist soldier and when villages were rounded up he would hide in a mountain area and survive on bark and nuts.

Their story took twists and turns but they later met up, married and had children — each child held to high standards. 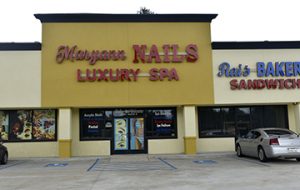 Maryann has been in the nail business long enough to be caring for the grandchildren and great-grandchildren of her original customers, a situation she is happy to tell.

“I want to say thank you to my customers from 100 years old to 2 years old,” she said, motioning toward the brightly lit, new salon and spa she proudly owns.