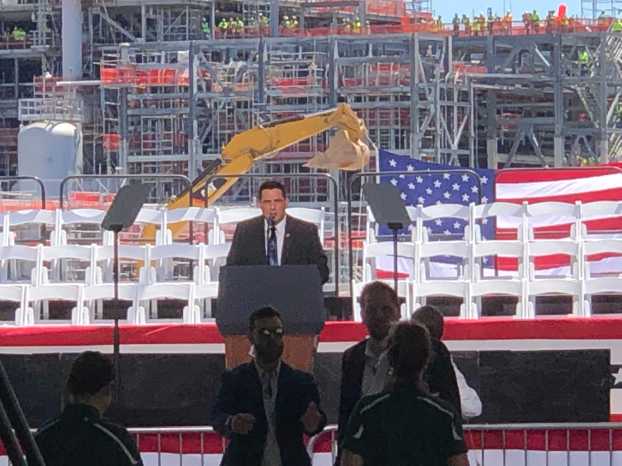 COLUMN: ‘Fake News’, if only for a day 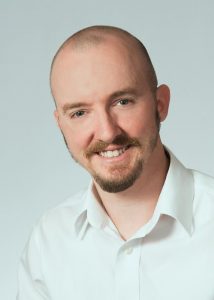 This was my first chance to cover a president and I wasn’t sure what to expect. With the event being held at the Cameron LNG facility, I wondered whether or not it would have a similar atmosphere to one of his rallies, where the press is often in the crosshairs in what has become a fan favorite slogan — “fake news.”

Looking at the itinerary, I was glad I was not a television camera operator, who had to be at the location at 5 a.m. to set up equipment. Hackberry is a little over an hour away from Southeast Texas, which would’ve meant leaving my house at 3:30 a.m. No thanks.

With just a pen, pad and camera, I arrived at the community center at 9 a.m. After checking in, press members were given a credential and the formed a line to walk out to a shuttle bus. As we got on the bus, we handed over our short-lived credential.

After being bused about five miles down the street, we arrived at the facility.

The bus waited in line for 20 minutes as cars in front of us were evacuated and searched by dogs and men in vests that read “Secret Service,” which did not seem too secretive.

We exited the bus and were promptly asked to put our bags along the wall outside so more dogs and armed guards could search them, while we were searched inside. After being thoroughly searched and mingling with other reporters, a gentleman who wore a suit, earpiece and a seemingly permanent expression of seriousness, directed us to get our belongings and head toward the event tent.

Television cameras filled the back of tent. Sheets of paper with “Fox News,” “NBC” and others printed on them were placed on the tables in the area that was sectioned off for news media.

With three hours to kill before the president arrived, members of the media began to find ways to spend that free time. Many went to the time-honored tradition of checking Twitter, while others read and mingled.

Two hours before the president was scheduled to arrive, guests, some donning the sometimes controversial “Make America Great Again” hats, began to fill the tent and Cameron LNG employees began to take their seats behind the stage.

At 2:30 p.m., Air Force One press pool reporters scrambled to the back area and began frantically setting up, while the playlist began to play “My Way” by Frank Sinatra. That’s when President Trump took the stage to roaring applause.

Like Guns N’ Roses playing “Welcome to the Jungle,” Trump played his greatest hits. Those playing some type of Trump-ism Bingo or a drinking game would’ve won early (or lost depending on the game). He stayed on script for the most part, touting an energy resurgence in America, but he also made sure his fans got the classic phrases, including a reference to how great of a president he believes he is.

“This was not going to happen with someone else in office. That I can tell you,” he said.

“Louisiana is a state I love very much and based on the votes, I should love it,” he said.

Then he made a second reference to how great a president he believes he is.

“No one has done more in the first two years of an administration,” he said.

“Look at all of the fake news back there. Fake news. They are going to be very famous tonight. Some will go and sign movie contracts,” he said.

Those quotes came within the first five minutes of his speech on energy growth in the United States as represented by the Cameron LNG Hackberry location that was beginning to produce liquefied natural gas.

What was more interesting was what Trump did not say. Trump referenced a “hoax” that he said he endured and that it was “pretty big” and “unlimited.” Trump also did not directly mention the tariffs he imposed on China earlier in the week. That might have been because China had retaliated by increasing the 10% tariff on LNG to 25%. According to chief economist at Deutsche Bank Securities Torsten Slok, Louisiana is expected to be the state hit hardest by the continuing U.S.-China trade war. Sounds like something Louisianians might have wanted to know about.

But what do I know? I’m just part of the “Fake News” media, awaiting that movie deal to come through.

Monte Brickey’s paintings of The Big Oaks Club, located across the Sabine in Vinton, and the Breeze Inn near Sea... read more