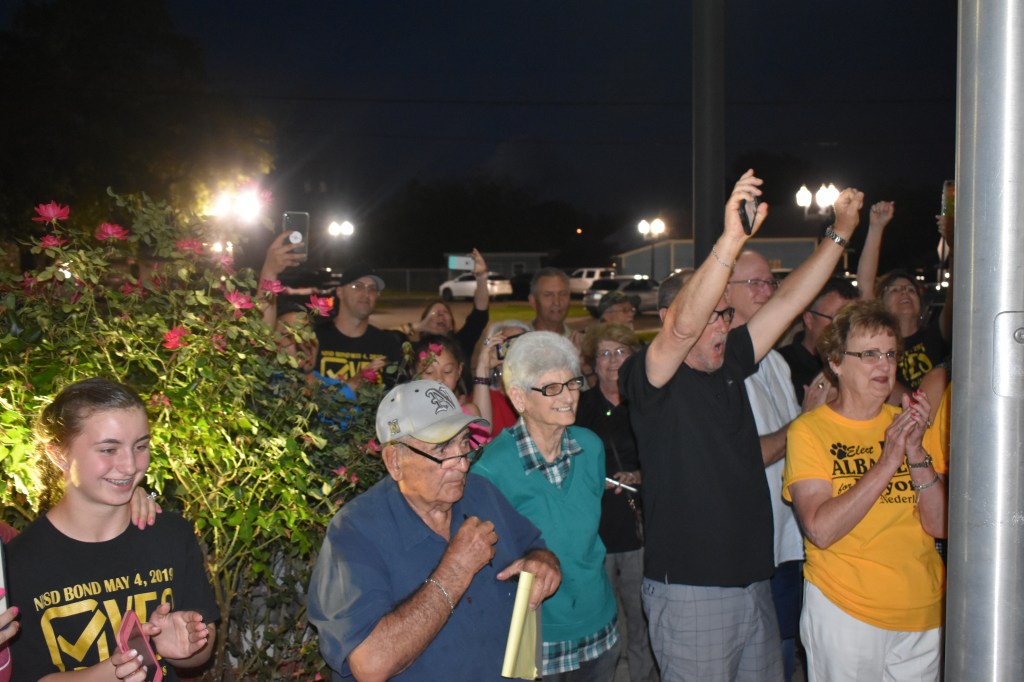 Nederland residents cheer as they learn of both NISD bond propositions pass in front of City Hall on Saturday.

Nederland Independent School District will have a new high school and an upgrades stadium in the coming years as both NISD bond propositions passed Saturday.

Proposition A ($151.1 million), which included a new high school and upgrades to all of the remaining campuses, improvements in safety and security enhancements and technology upgrades passed by with 63.28% in favor.

Many members of Building Tomorrow’s Leaders were on hand for the reading of the election results at City Hall. Among them was Lori Bell who said these bonds were two years in the making.

“What a great victory for our students, or teachers and our community as a whole.” she said. “It’s an amazing feeling. As a community, we came together and stood behind our kids. We just knew it was time.”

This is the third effort in a decade to build new schools in the district. In 2009 and 2012, bonds to build news schools failed.