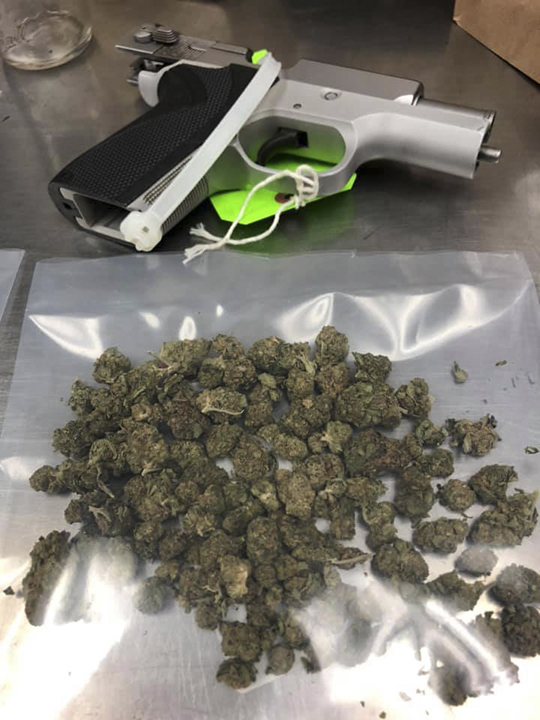 A gun and marijuana reportedly confiscated from a home in Port Arthur after a search warrant was executed. (Courtesy, Port Arthur Police Department Facebook page)

A male resident of Port Arthur was arrested after drugs and a gun were found at a home Friday.

The Port Arthur Police Narcotics Unit, SWAT and special agents with the Drug Enforcement Administration, Bureau of Alcohol, Tobacco, Firearms and Explosives and the Department of Public Safety Criminal Investigations Unit executed a search warrant in the 3500 block of Thomas Boulevard for the discovery of cocaine, according to a news release on the PAPD’s Facebook page.

The property was searched and cocaine, marijuana and a firearm were confiscated. A man was arrested at the scene and charges are pending on another individual.

PAPD did not release the name of the man arrested or clarify what the person was charged with.

The Port Arthur News has submitted a Freedom of Information Act request for the name, age and charge of the individual.