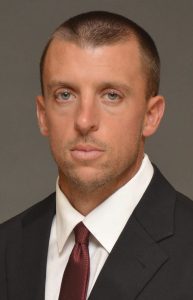 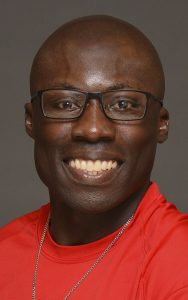 Brian Morgan has had quite an eventful first full year as athletic director and head football coach at Memorial High School.

On the field, the Titans took on a new district and earned home-field advantage for the bi-district round of the 5A Division I playoffs, only for Richmond Foster to spoil the party off a late turnover.

“It’s something we talk about,” Morgan said. “I think we didn’t finish the way we expected, but it’s something we went back and looked back and [saw] some things about the team and about leadership that needed to improve, not just from a football standpoint, but from an off-the-field standpoint. I think it was a good learning experience for us, for sure.”

All is well now with Mason, who likened the scars from his surgery to laces on a football in a Twitter video.

“You wouldn’t know no different,” Morgan said. “My son’s recovered, and he’s full speed. You wouldn’t know anything was wrong with him if he didn’t show you his scar. He’s doing really well.”

While many Texas high school teams forgo spring drills for an early start to preseason camp in August, the Titans will go through a second spring camp under Morgan starting Tuesday. This time, it’ll be on their on-campus practice field, recently renovated from grass to artificial turf, and culminate in a spring game May 15.

“We graduated some guys,” Morgan said, 15 of his seniors from the 2018 team having committed with a college program. “We have a bunch of young guys who we think are going to be really, really good. We’ll let them learn the offense, learn the defense. If they’ll just focus, then we can get more in detail because the older guys know the offense and the defense, and you can focus more on small details and fundamentals that, last year, we were really, really in a rush to get in, with everybody coming new, new staff and everything. So, it’s a little more slowed down.”

Morgan was promoted from assistant coach in March 2018 to replace Kenny Harrison, another Port Arthur native who took over at Humble Summer Creek, and scheduled a spring came to install his “Titan Tempo” system. The product of Morgan’s first season was a 9-2 record that saw the Titans finish second to New Caney in District 9-5A Division I.

Along with Morgan’s promotion came many changes on the staff. Another one took place earlier this month, as Rashard Colquitt was promoted to offensive coordinator to succeed current Tarkington head coach Zach Bass.

“Our goal is to play fast,” said Colquitt, who’s going into his fourth year at Memorial. “It’s our second year in the system [under Morgan], so our kids really know what they’re doing. Last year was an adjustment for them, trying to put in a new system, trying to get everything in on a fast pace. Now, the kids know it. They’re doing more reacting than they were thinking last year.

“Our goal now is to play fast and put points on the board and help our defense out and ultimately help our team be successful.”