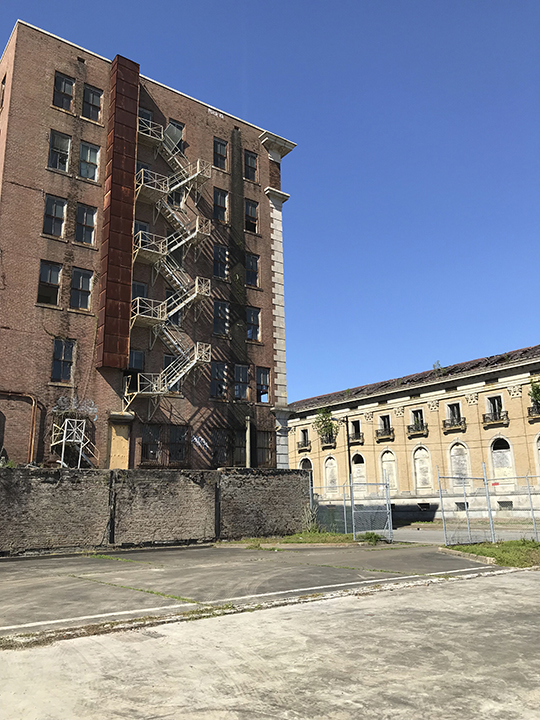 Are any spaces left?: City says Motiva will need parking

Motiva has many miles to travel before it resettles office staff from its Savannah Avenue site into two historic downtown Port Arthur buildings.

Assistant City Manager Ron Burton said this week that the 1912 Federal Building and the 1926 Adams Building, both located at the intersection of Austin Avenue and Fifth Street, will bring 500 Motiva employees to buildings that demand parking space. Motiva hopes to close on the buildings by May 15 and complete renovations and the move within three years.

“Parking must be in the plan,” said Burton, who oversees city planning. “We need to sit with developers and figure out parking.”

He said the city and Motiva must also determine the historic significance of the buildings — the Federal Building is on the National Register of Historic Places and the Adams Building, formerly the World Trade Building, was a major site for local professionals for several decades. The city and Motiva also must meet with the city’s historic commission to make certain changes meet Port Arthur’s ordinances and standards.

“We’ll have to go to the state level, too,” he said, especially for the Federal Building.

“The work begins right now,” Burton said this week, adding that the city must present itself as a partner to Motiva in the project.

Empty lots are next to both buildings and there are numerous empty lots downtown. Burton suggested that a parking garage, if one is constructed, might also accommodate Motiva parking.

He said a traffic study would be necessary to make sure additional traffic flows smoothly into what is now a lightly traveled area. That may change, not only with the influx of 500 office workers but also if there is additional traffic related to businesses that might spring up near the Motiva developments to serve additional downtown workers.

To ensure smooth traffic flows, he said, the city may need to improve Savannah Avenue to downtown and make improvements on Woodward Avenue, both possible travel routes to the office buildings and both of which will be “the front entrance to the downtown.”

“Access should be improved, streets widened, sidewalks improved and streetscaping approved,” he said. “Landscaping is key factor,” he said.

Downtown must become more attractive and usable, appealing as a place to walk, jog and ride bikes.

“Whatever access we are improving we are also providing opportunity for others to move their operations downtown,” he said.

From his third-floor office desk in the downtown 501 Building in Port Arthur, architect Alam Farias has a bird’s eye... read more